..there's been a substantial increase. 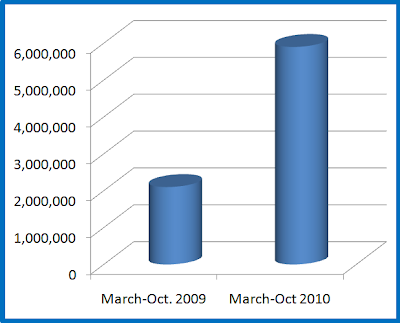 To avoid confusion with electronic tablets and other devices during its consumer surveys, GfK MRI describes eReaders thusly: “An electronic book reader is a portable, wireless reading device that allows you to download and read electronic books, magazines and newspapers. It is not a laptop, cell phone or PDA.”