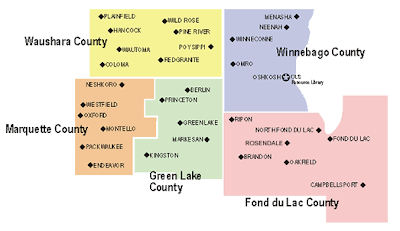 Excerpt: The Winnefox Library System will pay nearly $168,000 to 28 member libraries as compensation for its May 27 computer programming error that erased fines for late returns of library materials.

The total represents about 72 percent of the $232,500 in fines that was deleted from the system before the error was caught.

Officials calculated the payments by determining the value of the erased fines and multiplying that by the percentage of fines that each library collected during a 17-month sample period. The payments will be made in September.

Neenah library director Stephen Proces said Neenah's fine revenues have fallen more than 60 percent since the error occurred. He said the $30,021 payment was an acceptable solution.

That must have been an ugly scene.