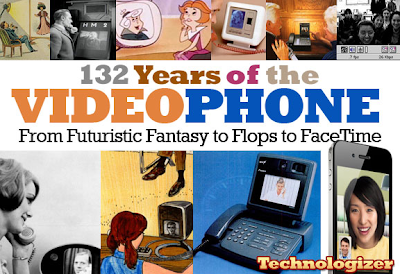 Excerpt: Video telephony has been the next big thing for decades. AT&T introduced the concept at the 1964 World's Fair in New York City. Each decade since there have been major attempts to get the technology to go mainstream. But the obstacles have been enormous. Besides being quite costly (Cisco's Telepresence rooms run between $300,000 to $500,000, per site), the broadband pipes aren't in place to bring video telephony to the masses. And while point-to-point video conferencing has come down in price, it still costs between $10,000 to $50,000 per location, plus bandwidth charges.

After 50 years of trying to make video telephony a mainstream reality, there are some bright spots on the horizon. Bandwidth costs are coming down, and higher speed networks are becoming available in more and more homes. Two particular technologies I have played with recently make me think that things are finally looking up and that wide scale adoption of business video conferencing and video telephony for personal use is not that far off.