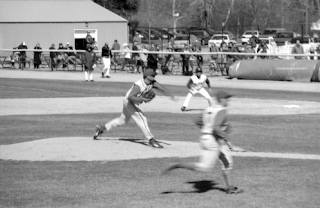 Excerpt: Frank Fulbrook, a library board member in the audience at the news conference, called the county takeover a land grab.

For more than a decade, there have been rumors and reports that Camden County officials sought to put an expanded county jail or courthouse on the site of the library's main branch on Federal Street downtown. The current jail and courthouse, both in need of expansion, are adjacent to the library.

"This was all a cynical ploy," Fulbrook said. "The county and mayor manufactured a fiscal crisis for the city libraries by giving us only $281,000, knowing we would have to shut down."

According to Lousi Cappelli Jr., Camden  County Freeholder Director, the takeover does not rule out closing one or more of the Camden Public Library branches -- or laying off all city library staff, for that matter.

To continue the baseball metaphor, that's marked as BS -- a blown save -- on your scorecard.