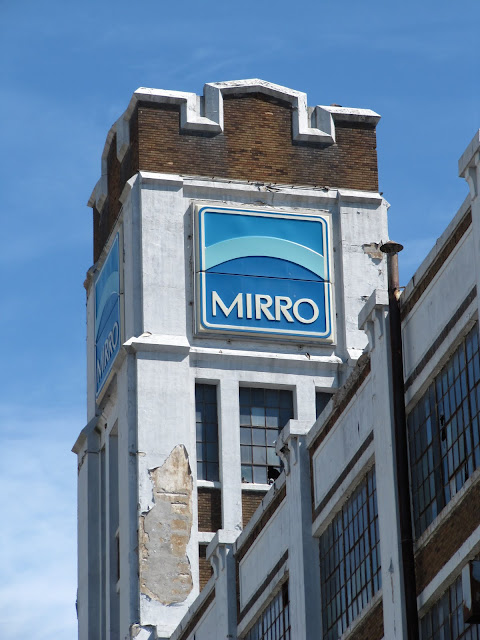 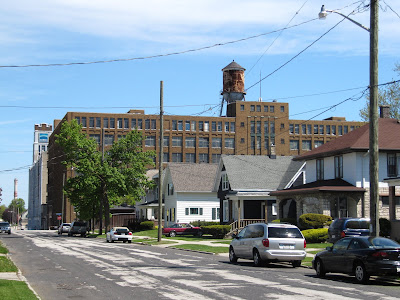 Looming over a working-class neighborhood

Excerpt:   Everyone — except perhaps those who vandalize it — agrees the former Mirro building in Manitowoc needs to come down. 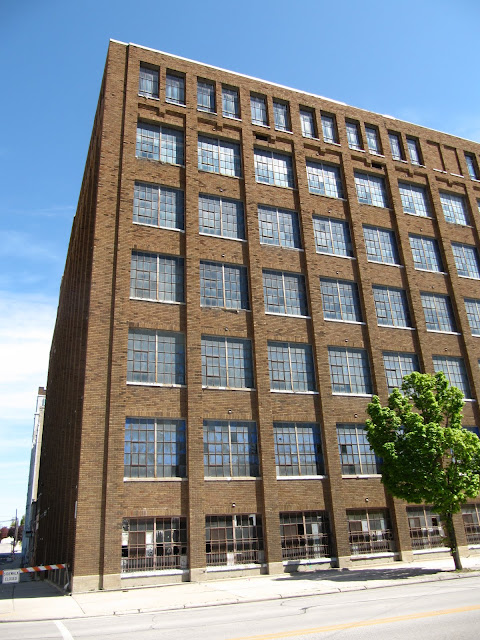 The behemoth has been sitting idle since Newell Rubbermaid left town in 2003, and it's turned into a 900,000-square-foot eyesore. Many of its windows are broken and it's a fire hazard. 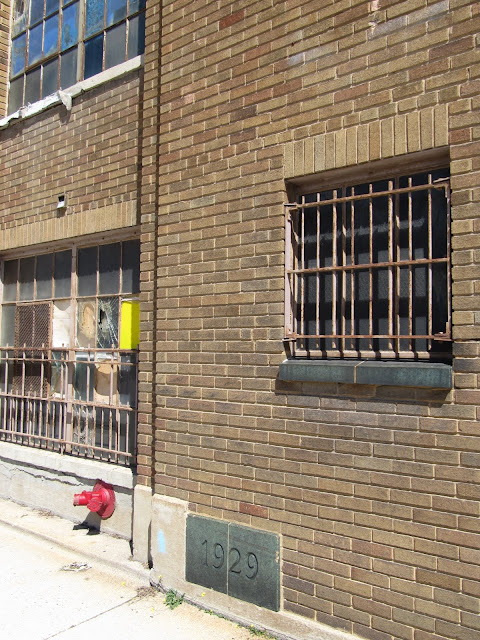 A few half-hearted attempts have been made to revamp portions of the building into usable space, but they've all fallen by the wayside. The building needs to come down — period. 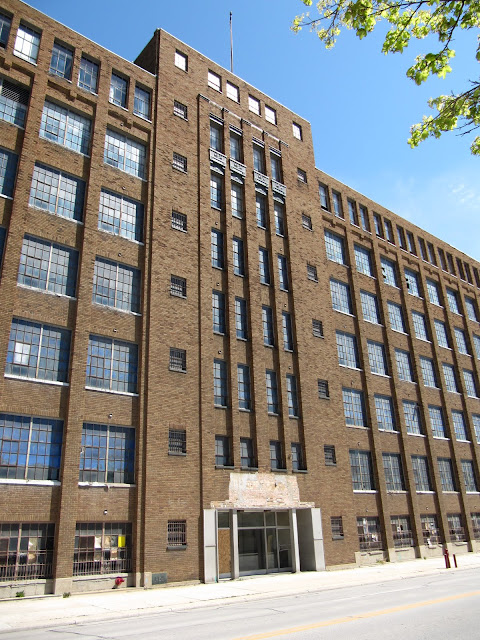 That's why it is encouraging that the Manitowoc City Council voted on Monday to expand an existing tax increment finance district to include the building. Such a move would make it possible to set aside tax money from the TIF to help pay the estimated $6 million cost of razing the building should the city be forced to acquire it, which seems likely. 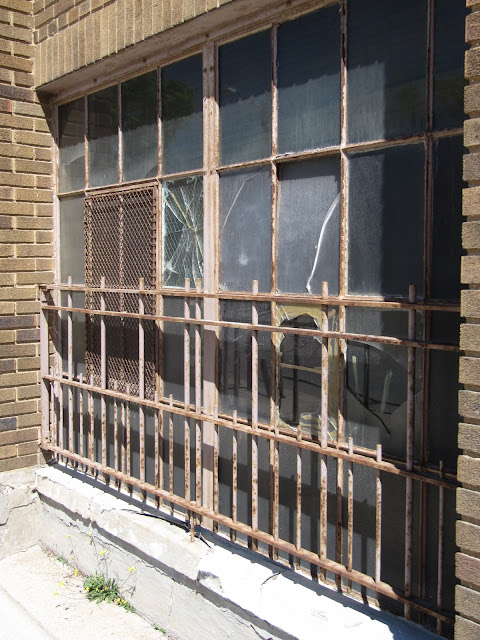 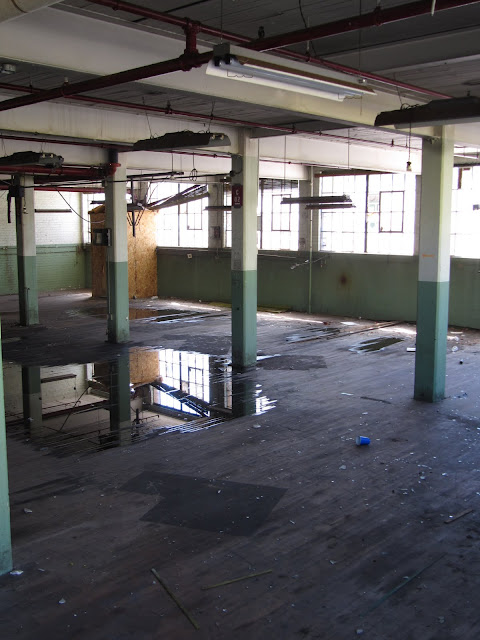 The wood floor creaks in the empty union hall where Gary G. Miller sorts through the names of members of Steelworkers Local 6499, workers who were among the 900 whose jobs left here when Mirro closed its cookware plant last year.

Miller, the union's president, considers the fates of his co-workers. Many remain unemployed, he says. Some have taken retirement. Some, like him, are using government assistance to go to school. Some have found jobs, including a few, he says, at Wal-Mart. 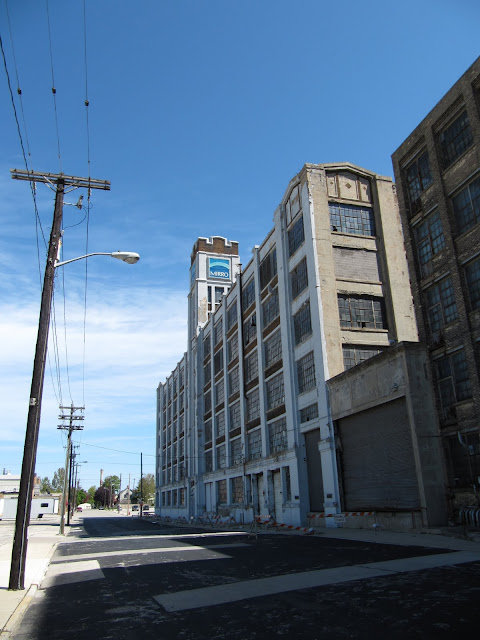 "People frown on that," Miller says, because some people blame Wal-Mart for pushing Newell Rubbermaid, Mirro's parent, to move manufacturing to cheaper countries. "But hey, you got to do what you got to do."

Some of the steelworkers are unaccounted for. Miller hasn't heard what has become of them. Some have had their phones disconnected.

The displaced Mirro workers are unwitting players in a historic decline in manufacturing work. Federal estimates for December show the United States lost manufacturing jobs for 41 months in a row. U.S. factory employment has fallen each of the last five years, the first time that has happened since at least 1939 -- as far back as the U.S. Bureau of Labor Statistics tracks. 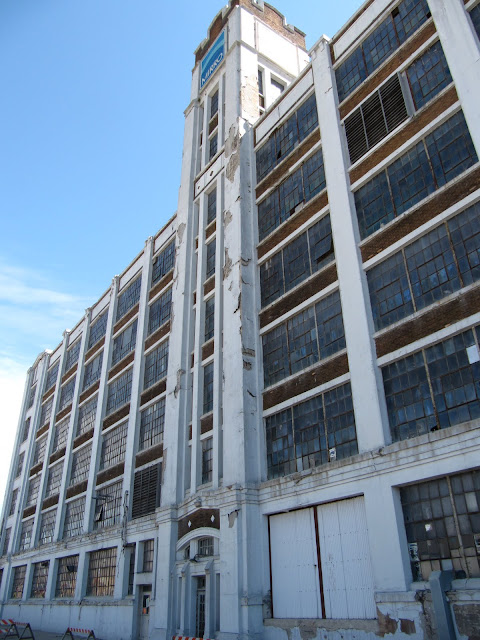 When state data are reported Thursday, they're likely to show that Wisconsin, which relies on manufacturing employment more than any other state but Indiana, will have lost factory jobs for the fourth year straight.

Nationwide, 2.9 million manufacturing jobs have disappeared in the past five years, exceeding the decline in the early 1980s. Wisconsin manufacturing is down nearly 80,000 jobs.

Ask where that work has gone and economists talk about improved productivity, diminished demand and increased output from lower-cost countries. Ask where the workers have gone and the response gets more involved. Among the answers:

State labor economists say that Wisconsin averaged about 174,000 unemployed people a month in 2003. That's up from a usual range of 90,000 to 100,000 a month. The difference is pretty close to the number of manufacturing jobs missing, says Terry Ludeman, chief labor economist with the Department of Workforce Development. 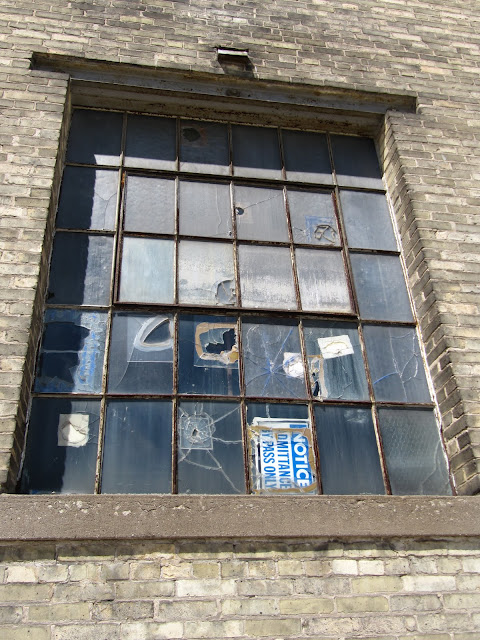 Between 40,000 and 45,000 Wisconsin workers retire each year. Manufacturing accounts for about one-fifth of all the jobs in the state, suggesting that 8,000 to 9,000 factory workers could be retiring a year. It's probably higher than that, though, thanks to early retirement packages and because factory workers tend to be older.

Older, more established workers are less likely to move for jobs. A survey of 504 dislocated Mirro workers by Lakeshore Technical College in Cleveland, Wis., found 73 percent unwilling to relocate for work. Only 15 percent said they'd be willing to commute more than 35 miles.

While goods-producing jobs have fallen, service-providing jobs have grown. Those who work with displaced workers say the ones who get jobs right away mostly take pay cuts and many times settle for work that tides them over until they can retire or that provides them health insurance. "The biggest, biggest problem we've had to deal with is benefits, the loss of health insurance and how expensive it is," says Sandy Destree, who assists former Mirro workers for the state Job Service. 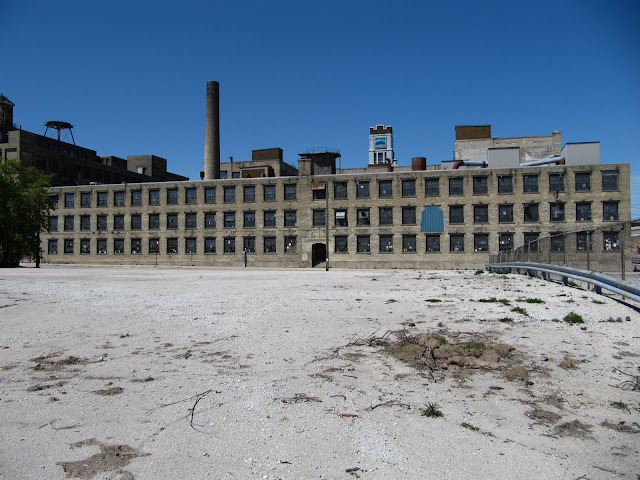 Last year, almost 120,000 Wisconsin workers from all industries qualified for dislocated worker services, ranging from job counseling to training benefits. Wisconsin spent $43.6 million in federal funds on such services. Of those eligible, 18 percent used the services, and 73 percent of them got new jobs at about 74 percent of their previous wages. State officials don't know how many former factory workers received dislocated worker benefits, but manufacturing accounts for about 60 percent of the mass layoff notices in Wisconsin.

At Manitowoc's Job Center, behind the new Wal-Mart, oldies music plays in the waiting room. A young man scowls. A woman sighs as she reads through some paperwork. A preschool girl pages through a magazine, cheerfully singing her ABCs.

Times have changed since Destree helped set up the dislocated worker program here 21 years ago. She remembers the rampant factory closings of the early 1980s. Then, Destree says, the emphasis was putting workers back in jobs as quickly as possible, which wasn't as hard to do.

"I think in the past, we were always able to absorb," she says. "We had so much manufacturing in the northeast corner of the state. If one company went down, another picked those workers back up."

Now, few manufacturers are hiring. The workers losing their jobs tend to be older. And the factories are more automated, requiring more technical know-how. A few years ago, even as local employers spoke of labor shortages, discharged factory workers had trouble finding work, Destree says. Many of those who landed employment have since been unemployed again.

Miller, the union president, has the meaty hands of a man raised on manual labor. He grew up dairy farming. After high school, he worked at a sauerkraut factory with his mother until he moved to Manitowoc to work at Mirro with his sisters' husbands.

He bounced around Mirro for more than three decades as production shifted and plants closed. He wound up as a hot mill operator in the rolling mill, preparing sheets of aluminum to be shaped into pots and pans. 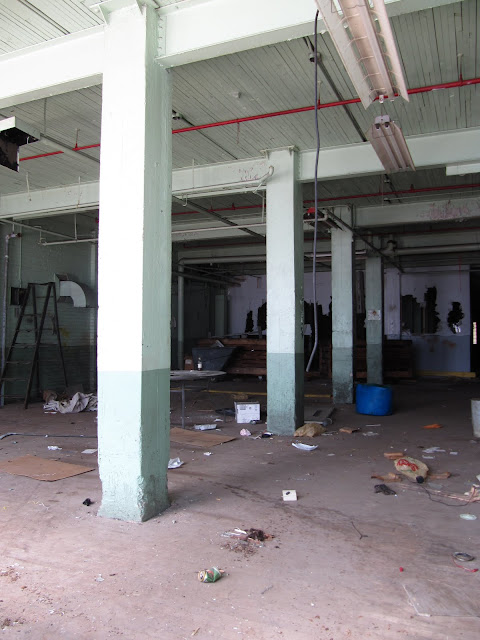 Since his last day at Mirro in September, Miller has been brushing up on his math and English at the Job Center. At 49, and more than 30 years since he last attended school, he started classes last week at Lakeshore Technical College to become a computer numeric control operator. His wife, Karen, who worked at Mirro for 28 years, is taking courses to become a medical assistant.

Miller and his wife have set aside their severance pay and plan to live on their unemployment benefits as long as they can. They've warned their sons, ages 20 and 16, that they have to cut back on cable TV service, eating out and traveling to visit relatives up north.

After 34 years at Mirro, Judith Helke couldn't see going back to school. So when she heard about an opening at Kohler Co., she chased after it.

"When you get the rug pulled out from under you and you're 56 years old, you don't look a gift horse in the mouth," Helke says. Kohler has been training her on the job since November to run computerized machinery.

Her pay and benefits will be comparable to what she left at Mirro, she says, and her commute is only three miles more. 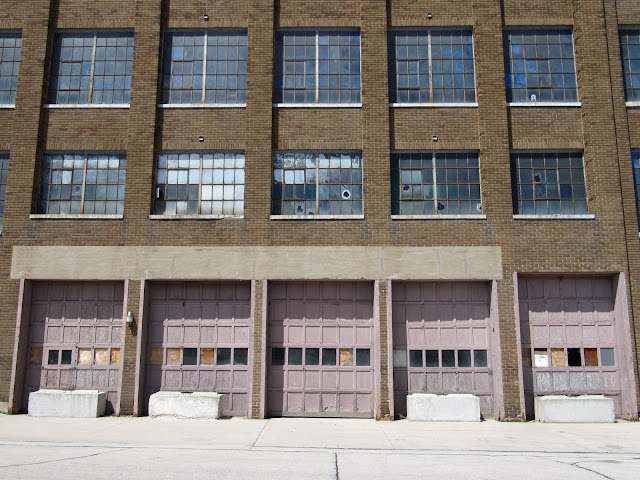 "I guess it sucks, but I consider myself extremely, extremely fortunate to get hired at Kohler," Helke says. "Everywhere I turn, people are losing their jobs."

A lime-colored sign in an unattended guardhouse at the vast, abandoned Mirro complex says, "Koenig & Vits is now accepting applications for future employment."

In an upstairs office at the site, partially closed off from the smell of cutting oil and the whir of exhaust fans, Bob Fuller recounts how it took him 10 months to find another job after Mirro eliminated his position as manager of engineering.

At 59, Fuller suspects employers scrutinized his age but not his qualifications. Eventually, he ended up with a decent job in Milwaukee -- but at a 30 percent pay cut and the added expenses of commuting. 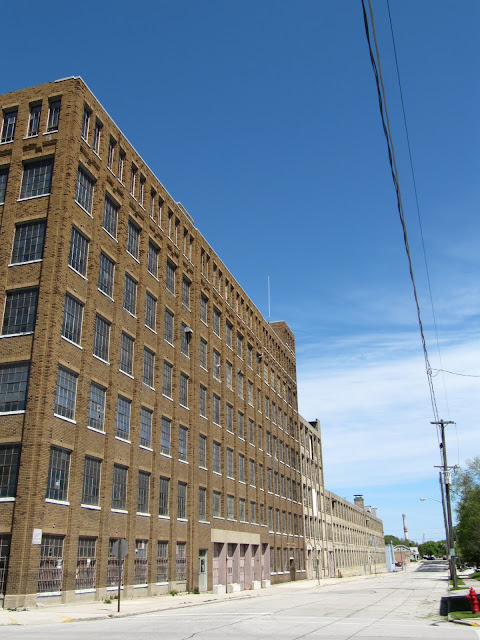 Keith Hinz, a senior engineer who's 44 and had 20 years with Mirro, took a temporary assignment with a local manufacturer and then sold cars for five months.

"I have not taken one day of unemployment in my life," Hinz says.

Both men know professionals and managers who still aren't working two years after Mirro discharged them. Others have relocated for lower positions and less pay. Others have gone back to school to get out of manufacturing.

Fuller and Hinz now work at Koenig & Vits, a local start-up named for two entrepreneurs who founded the precursor to Mirro.

With a $1 million loan from the Wisconsin Department of Commerce, local investors have bought the 160-acre Mirro campus, complete with equipment, and are negotiating for additional financing. The hope is to become a contract manufacturer with more than 300 employees by 2006. 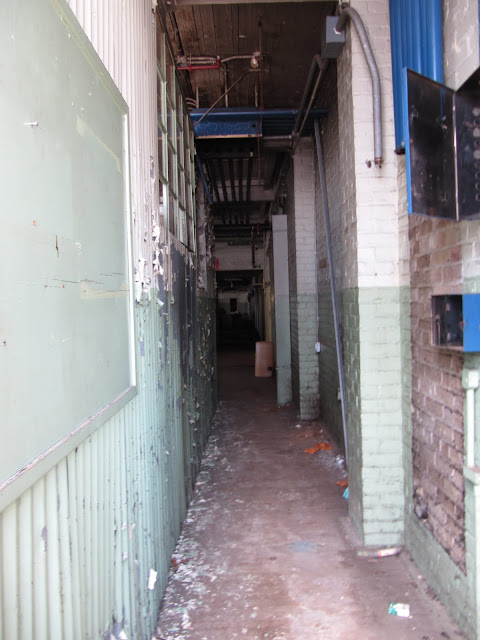 Jim Ross, a former Mirro manager who's president of Koenig & Vits, says the new company is committed to employing Manitowoc County residents and building on the work ethic and experience of generations of Mirro workers.

Lacking cash so far, the company has been offering stock as compensation to its 40 workers, Ross says.

"We're all teammates," Ross says. "We're all going to survive together."

Back at the Job Center, Destree shares in the optimism.

"We may come back looking different, but I think we'll come back," says Destree, who has watched the coming and going of jobs here for two decades. "We've recovered before. I'm sure we'll recover again." 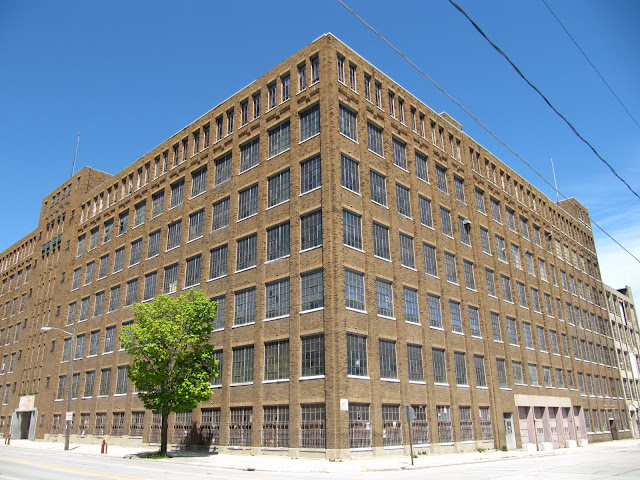 I like Mirro. I don't like the fact that it closed and is rotting away, but as an urban explorer, I see tons of potential for photography. But that just for my own purpose...

Great pictures. I did night "security" here for a year or so for extra spending money.

My father worked at Mirro after WWII as a tool and die maker. He met my mother there who was working in an office. He progressed to Product development. These buildings hold wonderful childhood memories for me, going to pick my dad up after work since in those days we all had just one car. Last summer I took both of my parents there and we peeked in the windows of where dad was a tool and die maker..and they reminisced where they made baked potatoes and where each machine was and who worked at it. While it is an eyesore, I got some wonderful pictures of them there and I watched my two 80+ yr old parents become animated with the memories. As these folks pass on, so do the memories of a different sort of Manitowoc. The buildings will become meaningless dinosaur skeletons of yesteryear...time does indeed march on. Thank you for these lovely pictures.

After purchasing a MIrro Matic coffe maker that has never been used from 1961 or 1962 I became interested in finding out the history of the company. It is sad to see what American Industry has become and how many companies go off shore with their manafacture jobs for te sake of cheap labor. Living in a town that has as big a Factory as you have there ( Remington Arms ) one can only imagine what would happen to our area if that was taken away. Any ways Our new coffe maker in the same condition as when it was sold in the store lables and all still intact , I feel that someone that worked in that factory would like to have it .

Iworkedthere 3 yrs with no compensation for time..employee benifits should have been distributed!!