Stormy Weather for All But the Ebook Format?

Link to August 9 Closed Stacks blogpost, "Death of the book projected (again)".
Excerpt:    In his 1979 book, The Micro Millennium [which, perhaps deservedly so, only 2 libraries own worldwide according to WorldCat], Christopher Evans predicted that due to electronic media, “the 1980′s will see the book as we know it, and as our ancestors created and cherished it, begin a slow but steady slide into oblivion.” The book “as we know it,” aka the physical book managed to survive the 80′s (in your faces Betamax, IBM’s PCjr, and New Coke!), but just last month Amazon reported that e-book sales for its Kindle outsold hardcover books. Could it be true? Has the death knell for the book arrived?
Retiring Guy wonders if ebooks are sounding the death knell for all other formats.
Such as......
Hardcover 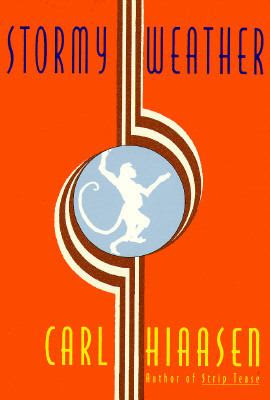 According to some of the logic we've heard -- at least going back to 1979, apparently -- the hardcover book should have disappeared from sight before the start of World War II. 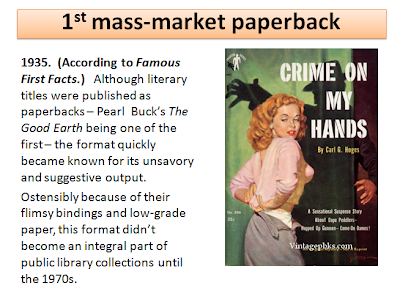 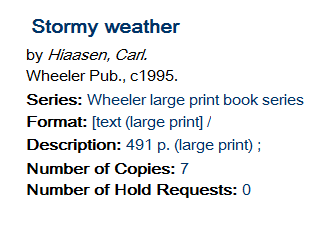 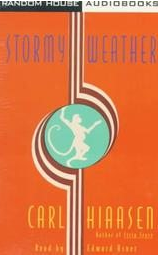 Admittedly, this is a format gasping for breath, but there is still 1 unabridged copy in LINKcat.  And it has a hold on it!  (Not to mention the three copies of a two-cassette abridgment that are available.)
Audiobook (compact disc) 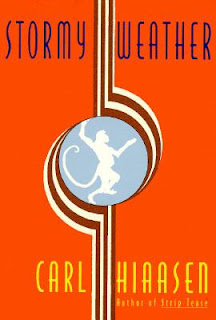 No "adult" Hiaasen titles on Playaway?
Posted by Retiring Guy at 6:11 PM