Greetings from Trump's America: Morgan County, Ohio, 92% white, much Trumpier than it was in 2016 and sick with the delta variant virus 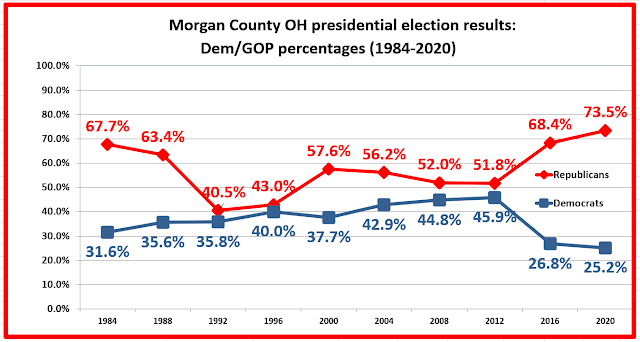 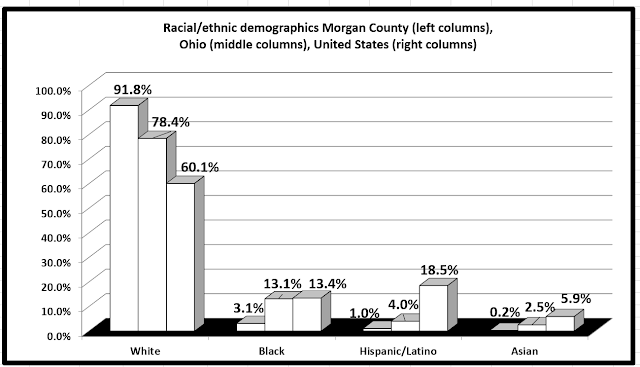 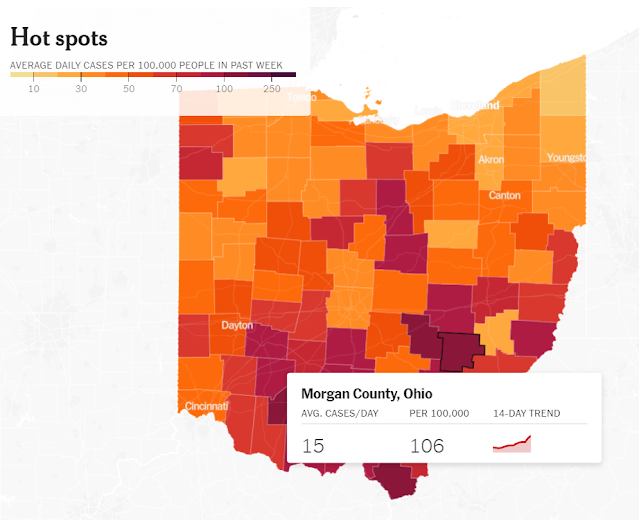 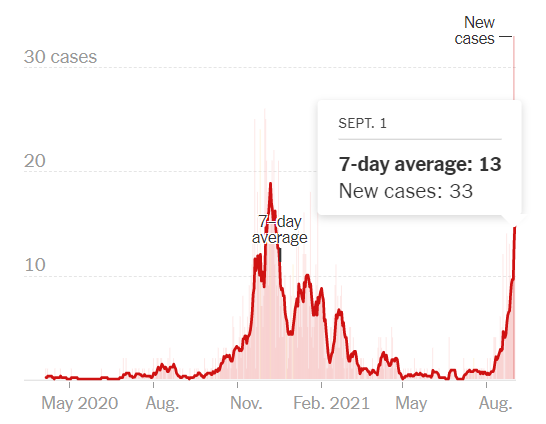 New York Times
Morgan County's vaccination rate (share of population who are fully vaccinated) of 34% is below the state average of 48.8%. 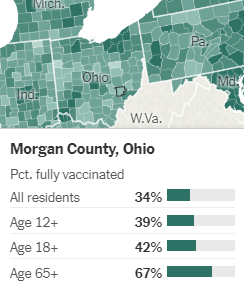 
The 70-year-old retired banker said he is unhappy with infighting and turnover in the White House. He does not like Trump’s penchant for traveling to his personal golf resorts. He wishes the president would do more to fix the healthcare system, and he worries that Trump might back down from his promise to force illegal immigrants out of the country.

Trump, who inspired  snookered millions of supporters last year in places like Morgan County, has been losing his grip on rural America. 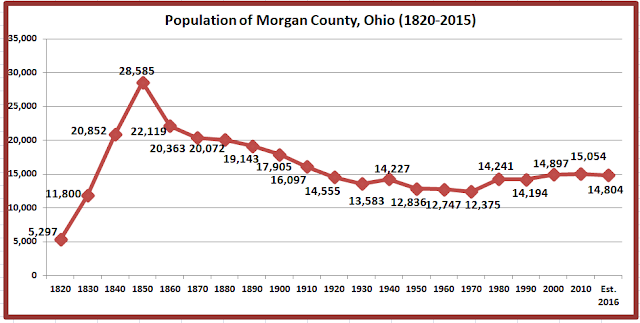 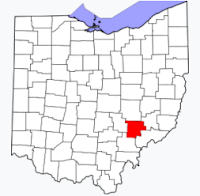 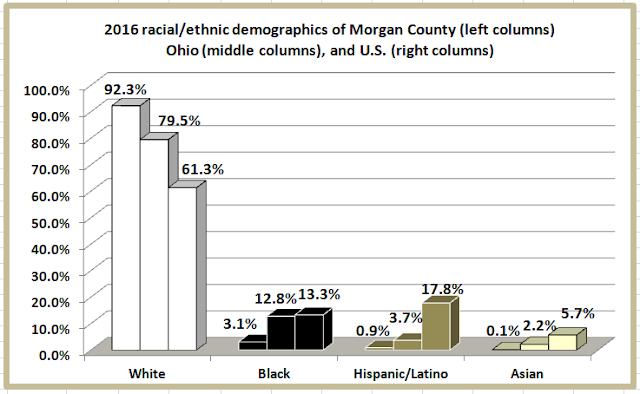 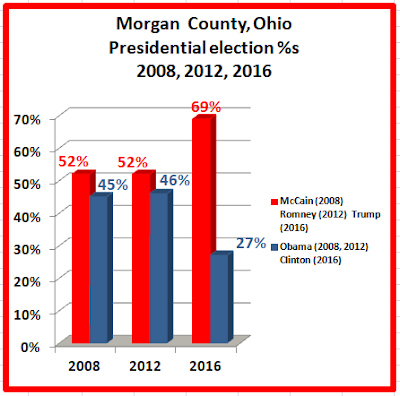