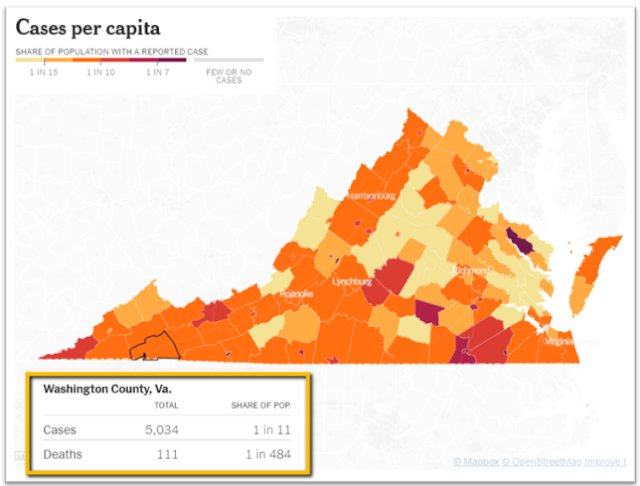 Conspiracy theories about the pandemic and lies recited on social media — or at White House news conferences — had penetrated deep into their community. When refrigerated trailers were brought in to relieve local hospitals’ overflowing morgues, people said they were stage props. Agitated and unmasked relatives stood outside the ICU insisting that their intubated relatives only had the flu. Many believed the doctors and nurses hailed elsewhere for their sacrifices were conspiring to make money by falsifying covid-19 diagnoses. [emphasis added]

Check out the demographics below:  Less educated, older, less well off, not to mention rural and white.  That's TRUMP"S AMERICA!
Original 2/26/2020 post, "Where the roads are so crooked you can see your own taillights as you round the bend", starts here.
On Virginia’s Crooked Road, Mountain Music Lights the Way.  (The New York Times, 5/22/2011)


Over five days in April, I rambled along part of the Crooked Road and towns around it, from Fries up to Ferrum and Floyd, back to Galax and out to Marion, dipping down toward Abington, and back to Galax again. With my partner, Ian, his parents and my 2-year-old daughter, Orli, I drove down roads that curve so dramatically that locals joke that you can see your own taillights as you round the bends. 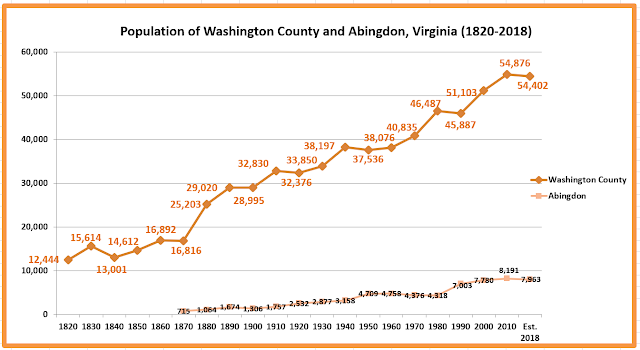 Abingdon is the county seat of Washington County. 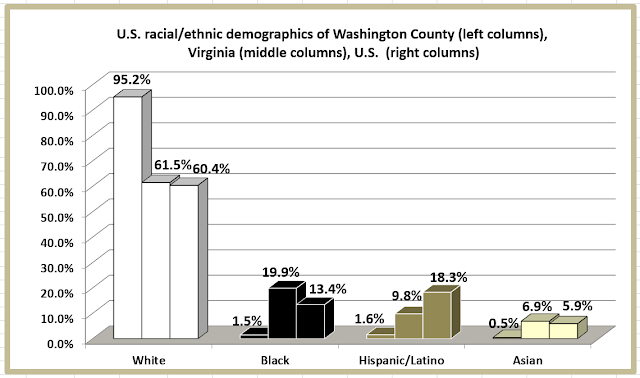 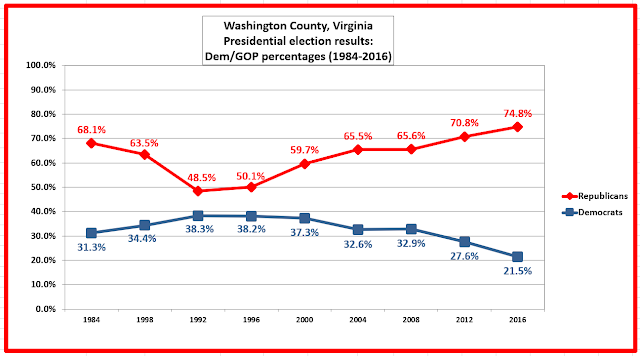