Greetings from Trump's America: Smyth County, Virginia, 94% white, Trumpier than it was in 2016, and now on fire with the virus 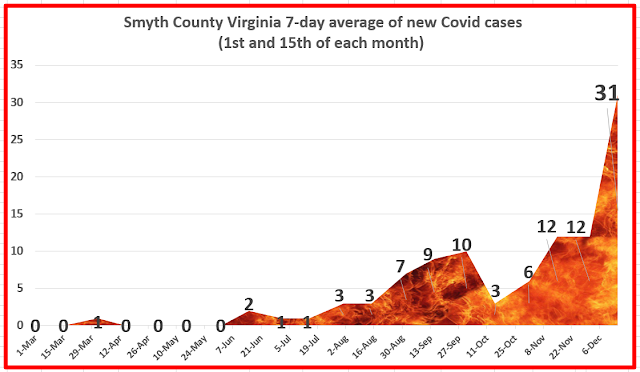 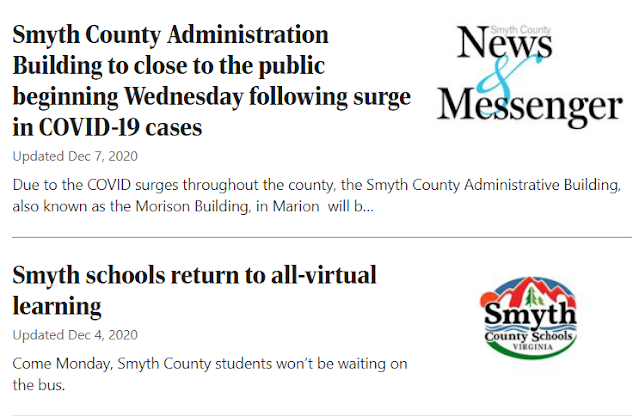 SWVA Today
Original 2/16/2020 post starts here
For hundreds of years, enslaved people were bought and sold in America. Today most of the sites of this trade are forgotten.  (The New York Times, 2/12/2020)


This story was told many years later by Sallie’s granddaughter, Evelyn Thompson Lawrence, a local educator and historian in Marion. Thompson’s efforts led to the founding of the Mount Pleasant Heritage Museum — housed in a former black Methodist church that Sallie and other freed men and women founded after the Civil War — to preserve the history and culture of African-Americans in the county. We know that Sallie was sold at an auction held at the Smyth County Courthouse, a brick building that was torn down after the turn of the century, when Mari­on’s current courthouse was constructed. And yet many details of her story have been lost: We don’t know exactly what happened to Sallie’s mother, or how much Sallie was sold for, or even exactly when the auction took place. 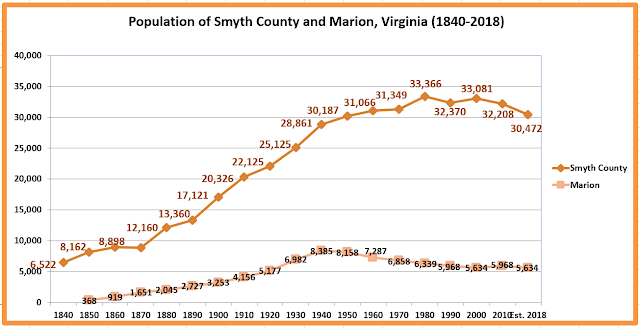 Marion is the county seat of Smyth County. 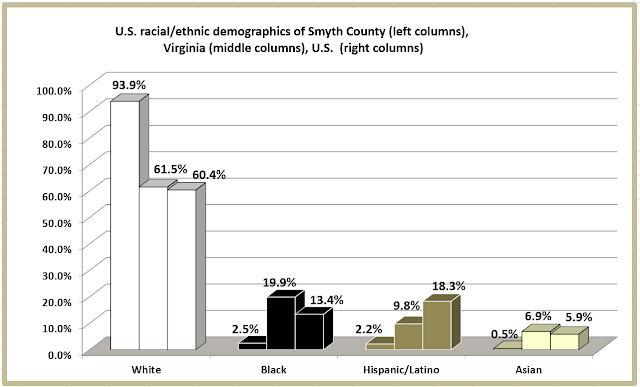 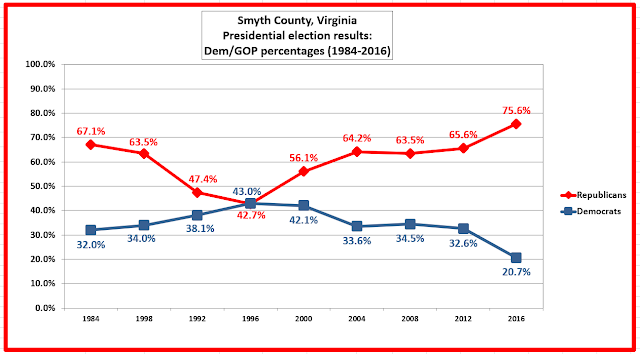 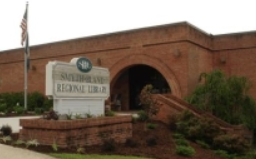