Wisconsin State Journal Editorial Board Not Impressed with The Little Soldier

Worst example of the most recent redistricting changes. 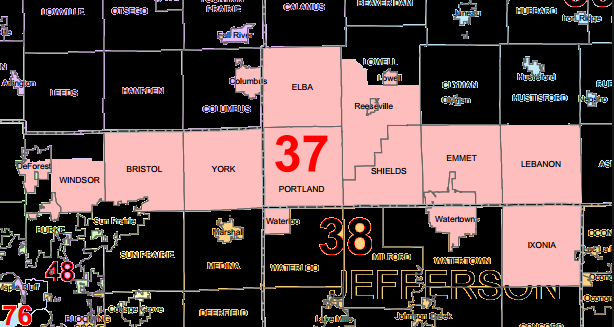 Movin' on up:   [Tyler] August, R-Lake Geneva, has been a lawmaker for less than three years. Yet he’s already part of Assembly Speaker Robin Vos’ leadership team.

Rhetorical, right?  That raises the question: Did Vos tell August not to schedule a public hearing on Assembly Bill 185, the redistricting reform bill assigned to August’s committee?
Sidebar:  When it came time for testimony to be heard against Assembly Joint Resolution 48, an amendment to the state constitution that would eliminate the offices of Secretary of State and State Treasurer, Rep. August left the hearing room.  As a sponsor of AJR48, I guess he didn't feel the need to hear any opposing views.