The Faces of Gerrymandering 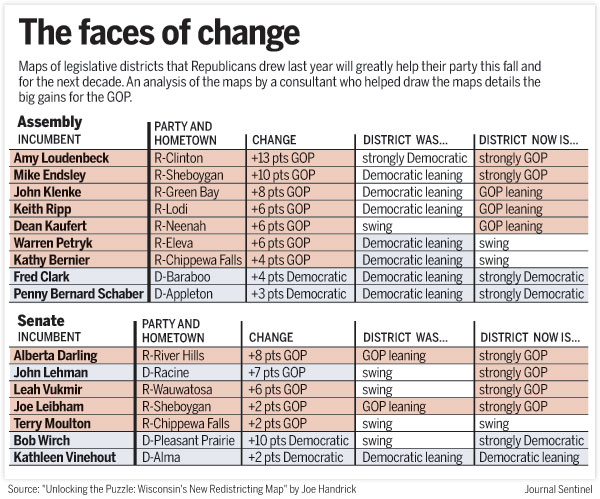 Control of state Legislature will be tough for DemocratsAnalysis of new districts gives Republicans advantage for next 10 years.  (Milwaukee Journal-Sentinel, 10/8/2012) 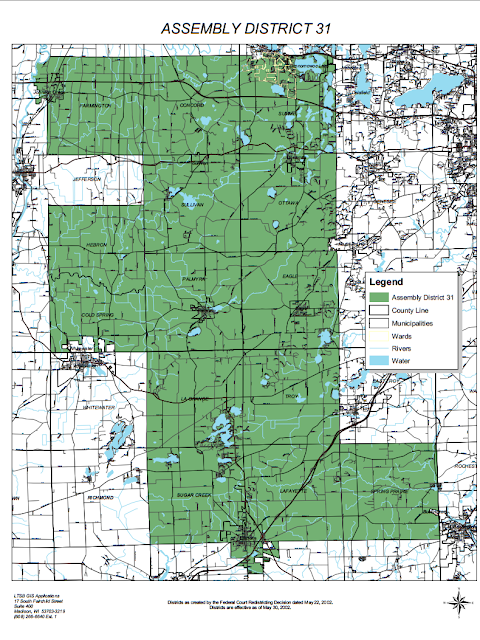 In the 2002 configuration (above), the 31st Assembly District is representative by Stephen Nass (R-Whitewater), who has served since 1990.  Nass is now running in the 33rd.

In the 2011 configuration (below), we have an incumbent by default, a candidate from the Town of Clinton in Rock County, first elected in 2010 to represent the 45th District. 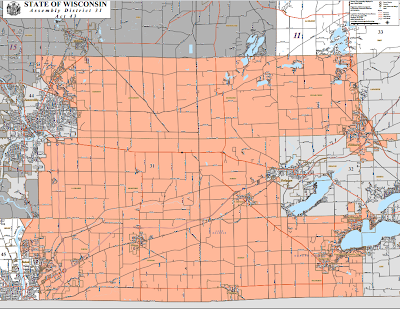 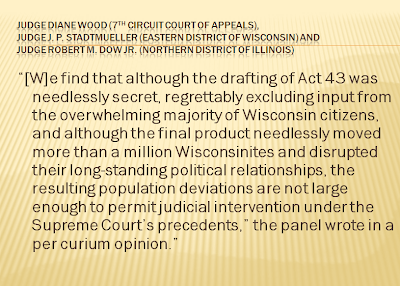