More Headaches but This Time Sen. Lazich Has the Cure 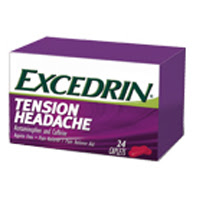 Excerpt:    A key Republican senator said Wednesday she favors using new legislative maps for the next round of recall elections - a change that she said would prevent logistical headaches in conducting elections.  [Emphasis added.  Unlikely, sez Director of State's Government Accountability Board.]

The change would also give Republicans a better chance at protecting their majority in the Legislature in the next batch of recall elections.

"I don't see a clear path to getting out of this mess other than clarifying these districts," said Sen. Mary Lazich (R-New Berlin), chairwoman of the Senate Transportation and Elections Committee.

Republicans drew new legislative maps this year, and because of that action they now represent a new set of voters. But any recall elections between now and November 2012 will be conducted in their old districts because of the way they wrote the law adopting those new maps, according to the state's top election official.

Maybe this is where the "Dale Schultz effect" is felt.  Lazich said she was not sure if she would introduce a bill, and it is unclear if it could pass the Senate if she did. All Republicans would have to support the measure because they control the chamber by one vote.