If glassdoor's statistics are to be believed.   (2013 Federal poverty guidelines.) 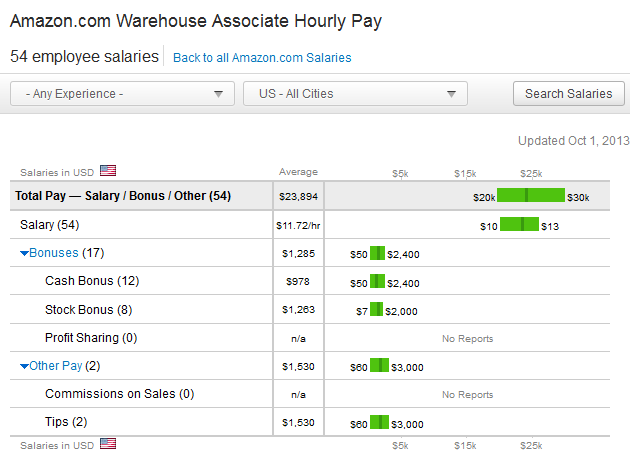 Sweatshop reference is not meant to be taken only literally, Phil.  Amazon has been criticized for running sweatshop-like operations, but Jennings says the Kenosha development will be a state-of-the art, air-conditioned facility that will include sophisticated package handling equipment.

I suspect the "work expectations" receive a higher priority from supervisors.  Workers said they were forced to endure brutal heat inside the sprawling warehouse and were pushed to work at a pace many could not sustain. Employees were frequently reprimanded regarding their productivity and threatened with termination, workers said. The consequences of not meeting work expectations were regularly on display, as employees lost their jobs and got escorted out of the warehouse.

But how nice that paramedics had ambulances at the ready in Allentown, PA.

The Allentown Morning Call did its own investigation.