Legislative Redistricting in Wisconsin, Part 2: Introduction (Repeated from Part 1) and the 132 State Districts

All documents cited and provided as screenshots in this series of blogposts are available here. 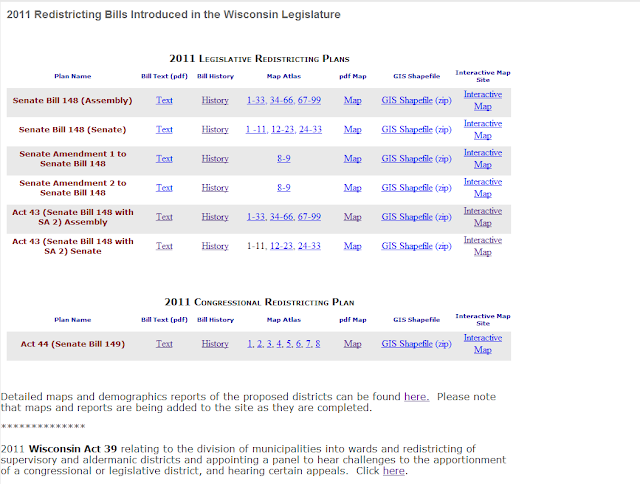 As is done every 10 years, the lines of legislative districts have been redrawn for all of us -- at all 4 levels of representation.  Legislation creating these redistricting plans has been passed by the Senate and Assembly and signed by the Governor, although both Acts 44 and 43 are subject to a lawsuit in federal court.

As I mentioned in a previous post on the topic of redistricting, this is the level of representation where we'll need to make the most adjustments to the Wisconsin Library Association's advocacy efforts and relationship building.

Let me use my own case in a series of step-by-step examples.  (Keep in mind that not everyone will experience my situation.  Many Wisconsin residents will retain their current Senate and Assembly representation.)

Fred Risser has been my state Senator since my wife and I moved to Middleton in June 1986. 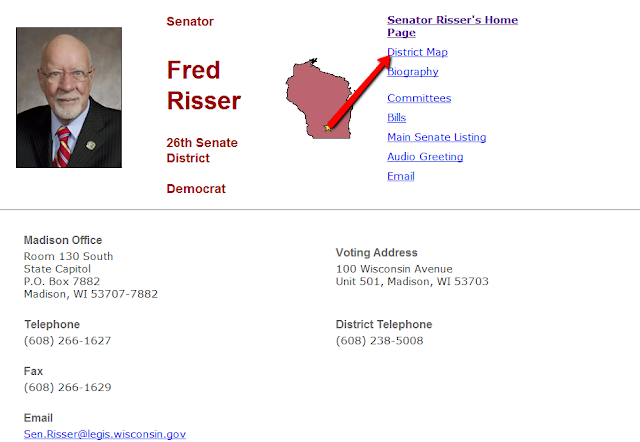 Click on District Map.to see the current boundaries of the 26th Senate District.  (Or you can just look at the screenshot provided here.) 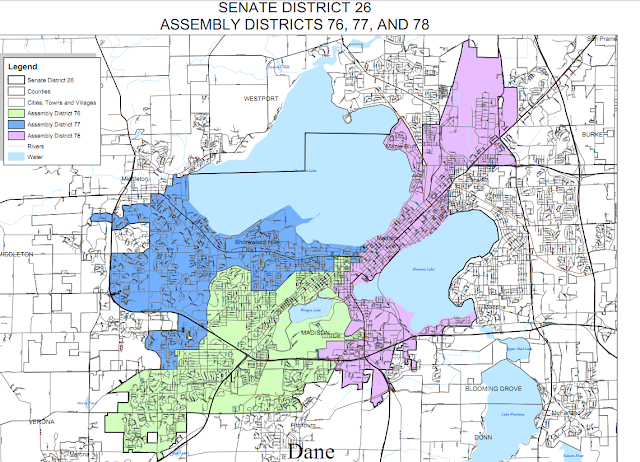 A close-up shows you that the 26th takes in a portion of the City of Middleton, including the neighborhood where Retiring Guy lives. 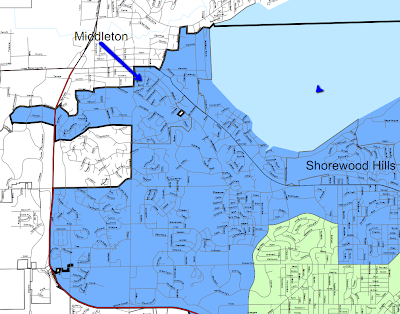 Although Sen. Risser, currently the longest serving state legislator in the United States, is up for re-election in November 2012, I will not be voting for him.  Or, more accurately, I won't be able to vote for him.  As a result of 2011 Wisconsin Act 43, no part of the City of Middleton is now located in the reconfigured 26th Senate District, which will look like this as of next year.  (Barring any successful court challenges.) 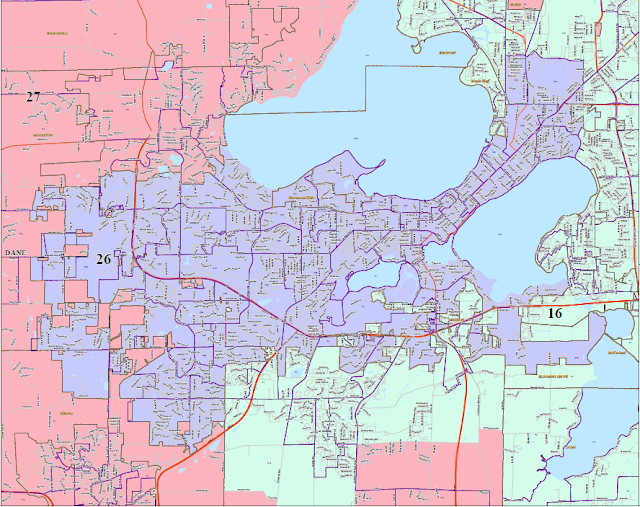 Close-up.  Retiring Guy has been moved to the 27th Senate District. 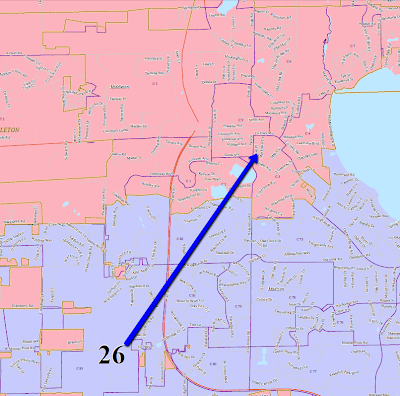 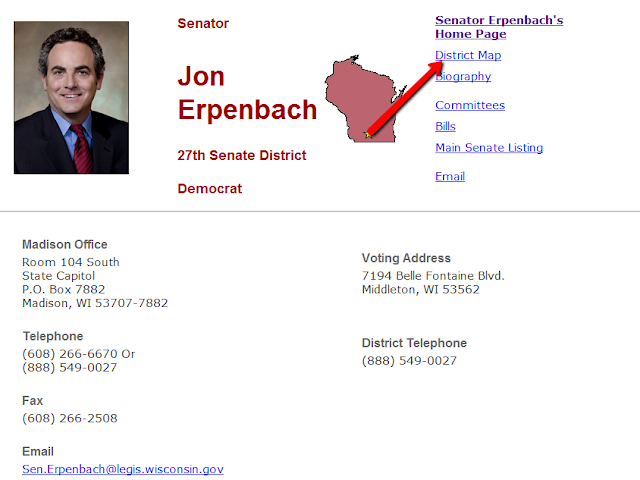 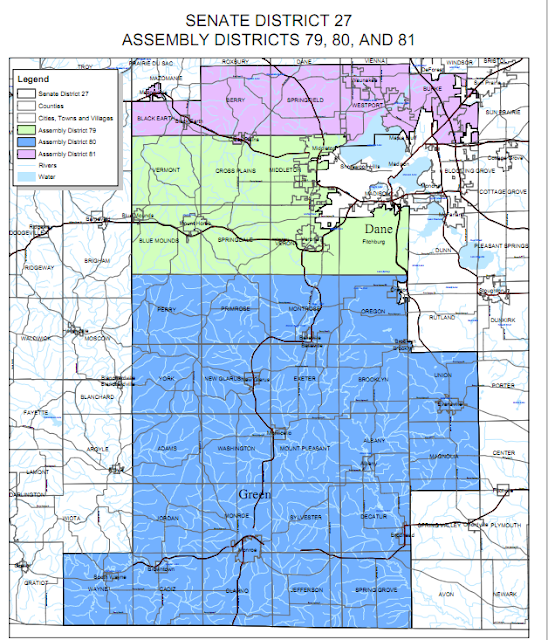 The reconfigured 27th.  As shown above, Jon will represent all of the City of Middleton. 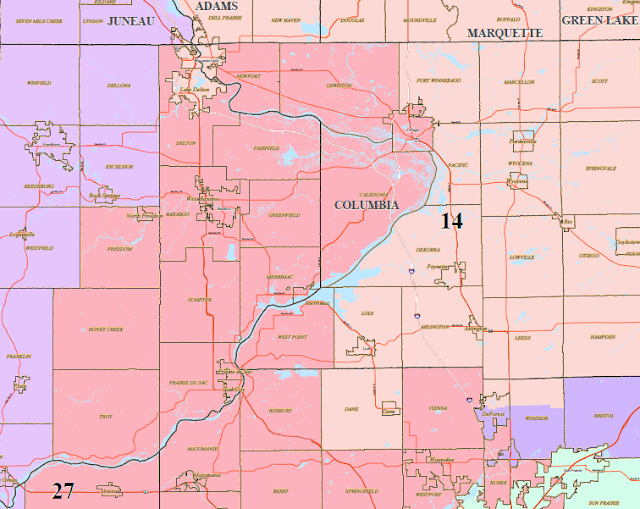 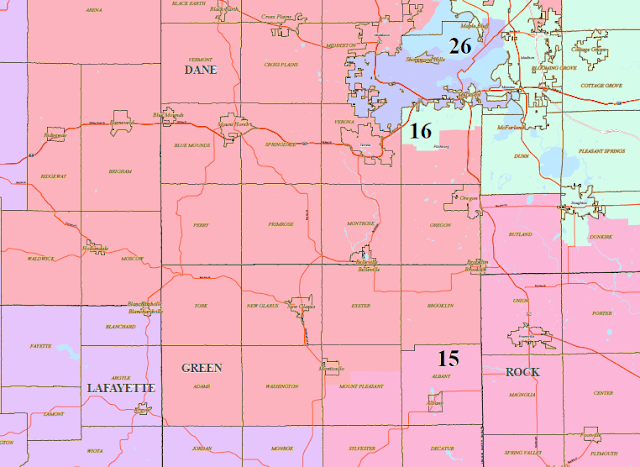 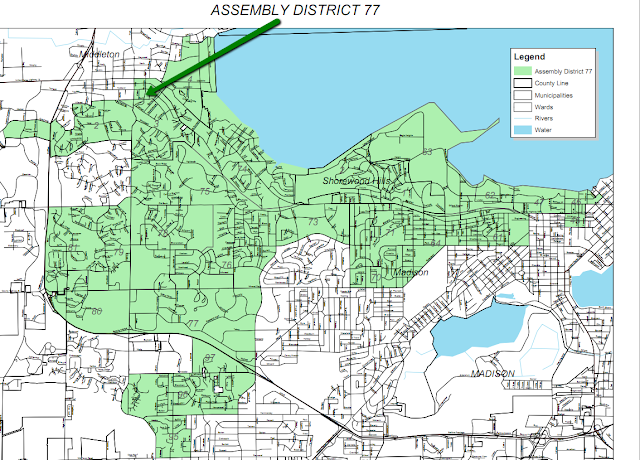 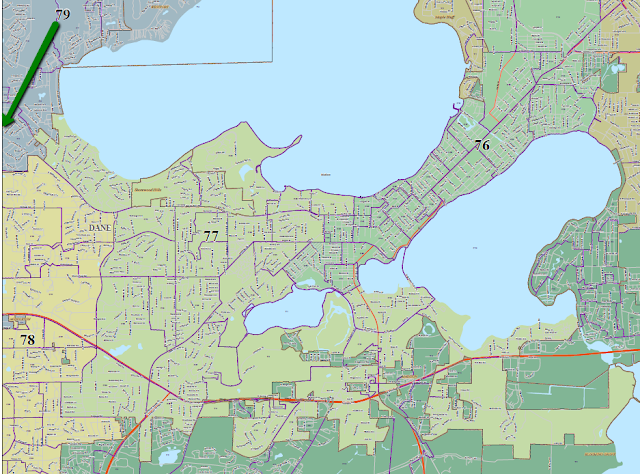 Here are the current boundaries of the 79th Assembly District, the green arrow pointing to Sondy's voting address. 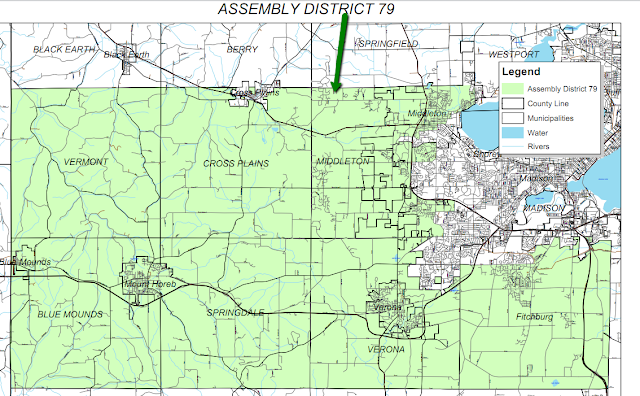 Here's the reconfigured 79th.  Compare the 2 maps.  The only parts of her former district that Sondy retains are the City and Town of Middleton and the northwest section of the Town of Verona.  If she decides to run in the 79th in November 2012, she'll have a whole new group of voters to introduce herself to in a very sprawling district.  (Red arrow points to location of Sondy's voting address.) 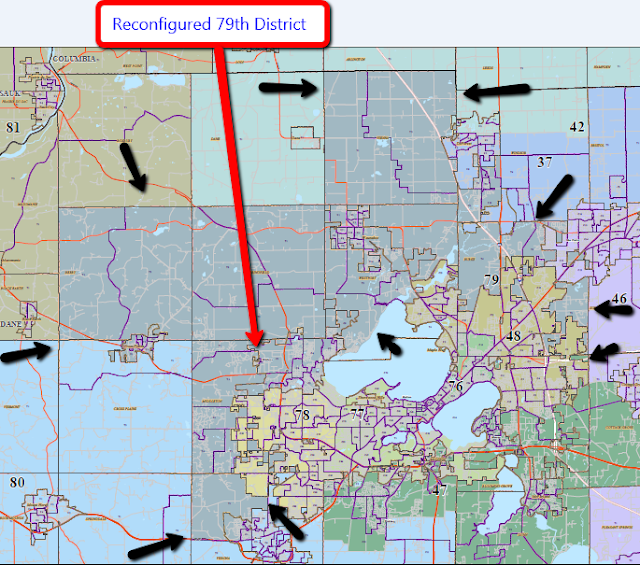 Please note that the "Who Are My Legislators" website has  not yet been updated to reflect the reconfigured boundaries.  [Updated as of 12/1/2011/]

Here's the result of  my voting address search. 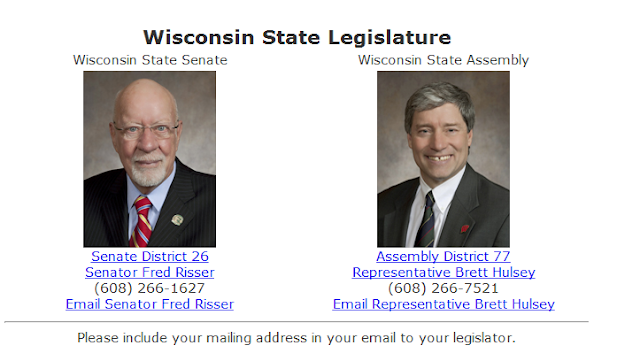 Now you have the "tools" to determine your state Senate and Assembly districts under the new redistricting plan.  The Library Development & Legislation Committee will look to SRLAAW and CUWL, among other groups, for assistance in getting a sense of how much new relationship building will be required to maintain and build upon WLA's advocacy efforts.