And more than 700 of them are at the state's 23 correctional facilities.

Such as the 66 (FTE) openings at the Columbia Correctional Institution (CCI) in Portage, where nearly 20% of the jobs are unfilled, with 6% of total authorized positions vacant for more than 6 months! 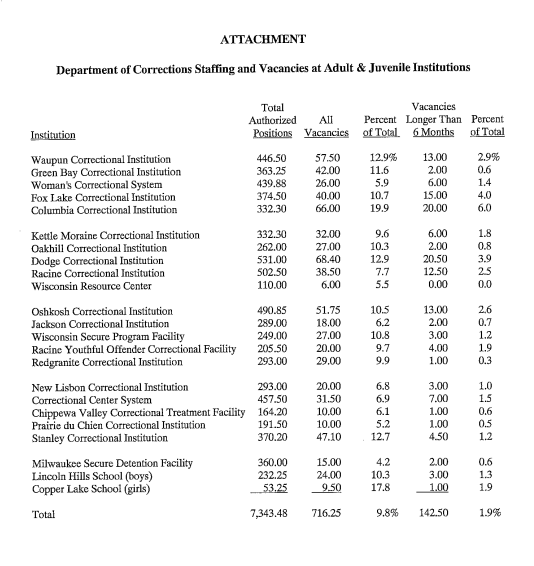 I suppose a headline like this isn't helping matters any.

Some describe CCI as a powder keg. “The only way this is going to change is if we have a riot,” said Bill, a veteran guard who asked that we not use his real name. “That’s what we’re getting to at the prison here.”