UPDATE: CES 2015: Let's Lock the Door and Throw Away the Key


A year later, the reviews are in.

From a 1/6/2015 Consumer Reports review: Both electronic Schlage locks we tested—the $130 Schlage BE365 V CAM 619 and the similar Schlage Camelot Touchscreen Deadbolt with Alarm BE469NX CAM 619, $200—were impressive or even exceptional against all our efforts in our kick-in test. That brought both locks to the top of the Ratings in those categories. 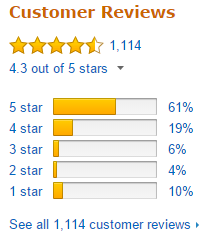 And most consumers are satified.


The Internet of Things (or “The Internet of Me”) continued to dominate the conversation at CES and blaze as one of the hottest topics. Schlage, for example, announced a touch pad smart lock that users Siri voice commands to allow homeowners to unlock and lock their doors at will.