Greetings from Trump's America: Marion County, Iowa, 94% white, Trumpier than it was in 2016, and with too many unvaccinated residents getting sick with the delta variant virus 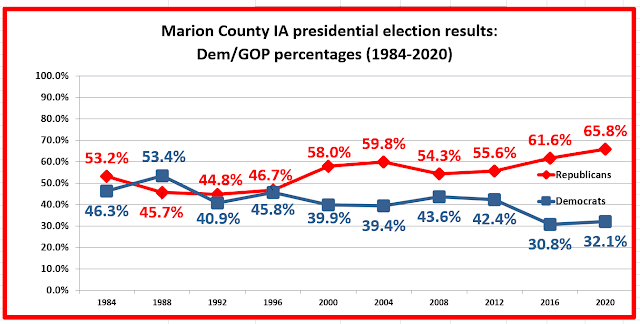 Wikipedia
3rd party votes:  14.3% n 1992, 7.5% in 1996, 7.7% in 2016
(Alabama segregationist George Wallace
received 5.9% of the vote in 1968)
Trump received 1,701 more votes than he did in 2016, a 16% increase, in a county where the current population of 33,407 has been treading water since the 2000 census.
Biden received 262 more votes than Clinton did in 2016, an increase of 11%.
Trump's share of the vote increased 2.9 percentage points.  Biden increased Clinton's share of the vote 0.4 percentage points.
After experiencing a series of spike from October to January, the county is once again heading in the wrong direction this summer.
Demographics
% of population 25 and older with bachelor's degree:
% of population 65 and older:
% of population living in poverty: 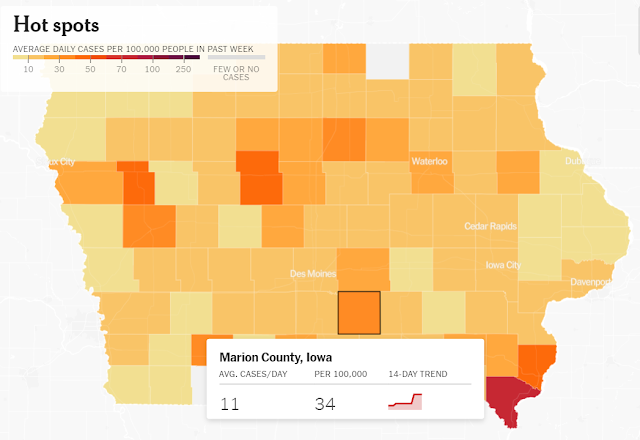 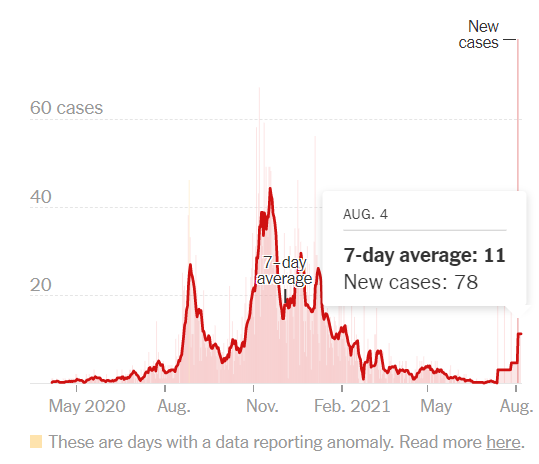 New York Times
Marion County's vaccination rate (share of population who are fully vaccinated) of 43% is below the state average of 47.2%. 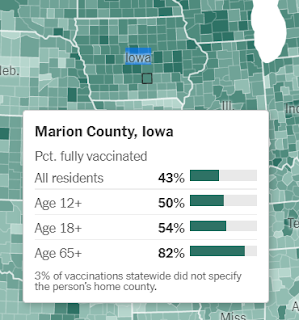 
WHO Radio reported Helle's Facebook post said: "I was saying that Trump ... needs to be neutralized. Trump needs to take in a show at Ford's Theater." The comment likely refers to President Abraham Lincoln's assassination at Ford's Theatre in Washington, D.C. 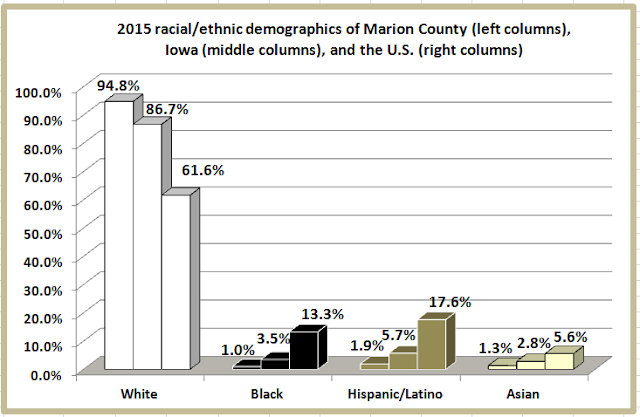 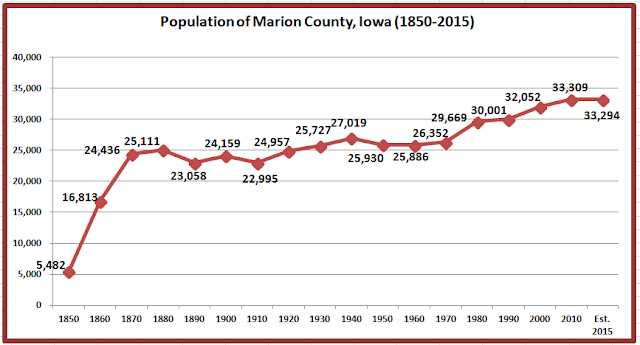 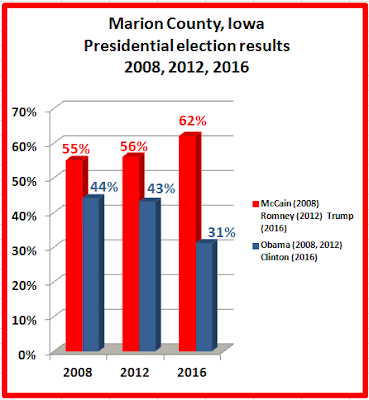