Getting the Bugs Out of the New LINKcat System

I find it interesting that, as far as I can tell, no other newspaper in the South Central Library System is covering this story. 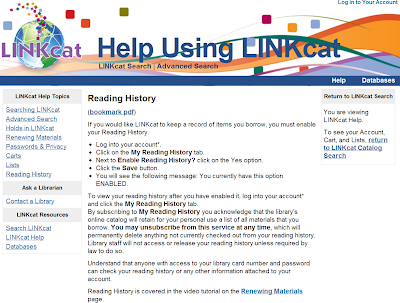 Excerpt:      Past problems. In May, there were a few problems that affected libraries and their users.

The first problem was an error with the hold system where a number of holds were cancelled and reinstated, which created a backlog in the system. This error was corrected early on during the switch, Ibach said.

Another issue was related to the self-checkout scanners in libraries. Software engineers corrected this problem in May, Ibach said.

MacDonald said that patrons are becoming more adept at using the system, as evidenced by the types of questions people are asking.

“Instead of basic question of how it works, they're asking questions that are more in-depth,” MacDonald said. “The questions are indicating that people have learned the basics.”

Most of the front-end problems have been corrected, Ibach said. The developers are working to increase the speed of the system now.

“A lot of stuff they're working on is behind-the-scenes issues,” Ibach said. Still, the library system is working on a major update that is tentatively scheduled for the week of July 25. “We've got some pretty big updates in the works,” Ibach said, adding that a lot of back-end issues should be cleared up in the update.

It is currently being tested offline by local libraries and would go live if no bugs are found.