A Lesson in Wisconsin Administrative Rule-Making

Even though Gov. Walker signed the concealed carry bill, there is still work to be done before its implementation. 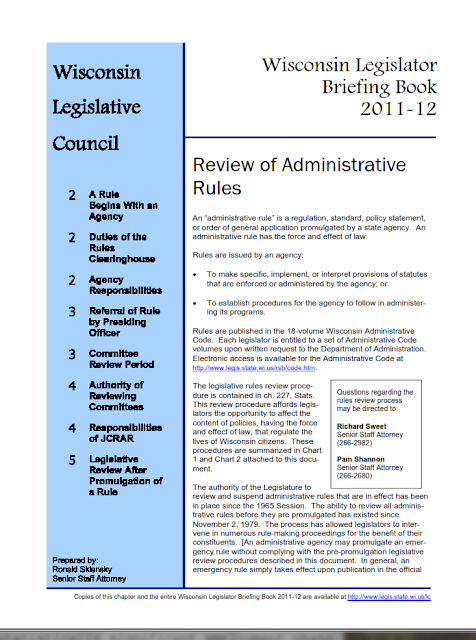 Before you draw your wallet, you should know that the training classes being offered now won't necessarily qualify you to receive permits when the law takes effect on Nov. 1.

"If somebody's representing that the Department of Justice has approved their course or it's going to meet all the requirements under the law, that's just not true," said Brian O'Keefe, administrator of DOJ's Division of Law Enforcement Services.  [See example below.]

The Department of Justice, led by GOP Attorney General J.B. Van Hollen, has the job of writing the rules for required training, which then have to be approved by Gov. Scott Walker and the Legislature. So far, the agency hasn't decided key questions, such as whether courses taken over the Internet would satisfy the training requirement as laid out in legislation signed by Walker on July 8.

O'Keefe said he recognized that lawmakers had approved a bill with a broad range of training options. But he also said that he believed lawmakers wanted meaningful training and that he would prefer it to be delivered face-to-face. 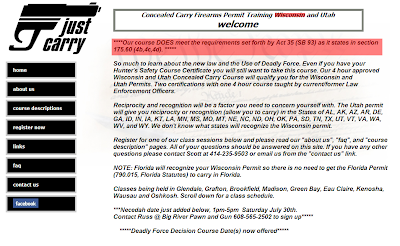 What's referenced in the above screenshot.