Somebody's Watching You in Ramsey County 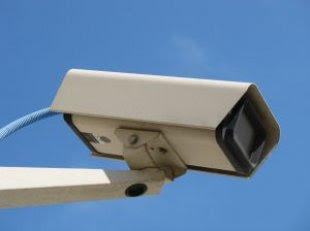 Link to January 23 (Minneapolis-St. Paul) Star Tribune report, "Take note if you're up to no good: Ramsey County is Watching".

Excerpt: The assumption among criminals, said Ramsey County Sheriff Bob Fletcher, is that they're not being watched.

That won't be the case anymore in a number of public areas of the county, such as parking lots for county parks, libraries and ice arenas, or in high-crime public areas. The county is installing a $40,000 network of surveillance cameras, which transmit to a set of viewing monitors that will be watched by community service officers, and trained and screened volunteers.

Fletcher says the surveillance system "has the potential to revolutionize public safety." However, Chuck Samuelson, executive director of the Minnesota Civil Liberties Union, wonders whether the benefit will be worth a loss of privacy to citizens.