The Economist: A Special Report on Social Networking 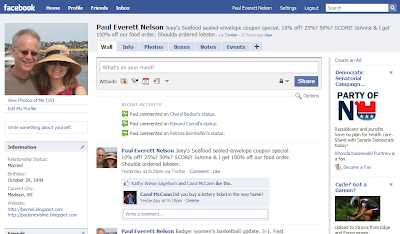 Hello, it's me
Link to January 28 The Economist report, "A world of connections".

Here the section of the article Retiring Guy found most interesting.

But like Mr Obama, social networks have also generated great expectations along the way on which they must now deliver. They need to prove to the world that they are here to stay. They must demonstrate that they are capable of generating the returns that justify the lofty valuations investors have given them. And they need to do all this while also reassuring users that their privacy will not be violated in the pursuit of profit.

In the business world there has also been much hype around something called “Enterprise 2.0”, a term coined to describe efforts to bring technologies such as social networks and blogs into the workplace. Fans claim that new social-networking offerings now being developed for the corporate world will create huge benefits for businesses. Among those being touted are services such as Yammer, which produces a corporate version of Twitter, and Chatter, a social-networking service that has been developed by Salesforce.com.

To sceptics all this talk of twittering, yammering and chattering smacks of another internet bubble in the making. They argue that even a huge social network such as Facebook will struggle to make money because fickle networkers will not stay in one place for long, pointing to the example of MySpace, which was once all the rage but has now become a shadow of its former self. Last year the site, which is owned by News Corp, installed a new boss and fired 45% of its staff as part of a plan to revive its fortunes. Critics also say that the networks’ advertising-driven business model is flawed.
Posted by Retiring Guy at 6:50 PM