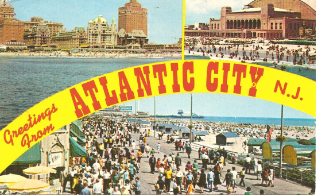 Excerpt:  “We had no real damage at all; I don’t know how we didn’t, but we didn’t,” said Don Marrandino, eastern division president of Caesars Entertainment. The company owns four of Atlantic City’s casinos: Harrah’s, Bally’s, Caesars and the Showboat.   [See above, Don.]

And now the view from Fantasyland.