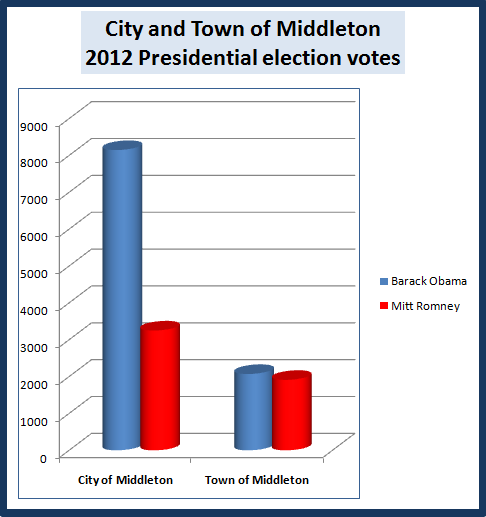 In the City of Middleton, Barack Obama received 71% of the vote.

In the Town of Middleton, Barack Obama received 51.5% of the vote.

And to what shall we attribute the difference in outcomes?  (Unable to find 2010 figures for the Town of Middleton, I used 2000 census information for the purposes of this comparison.  Based on a visual inspection of housing developments in the Town, I'd venture to say that they've increased the gap*.) 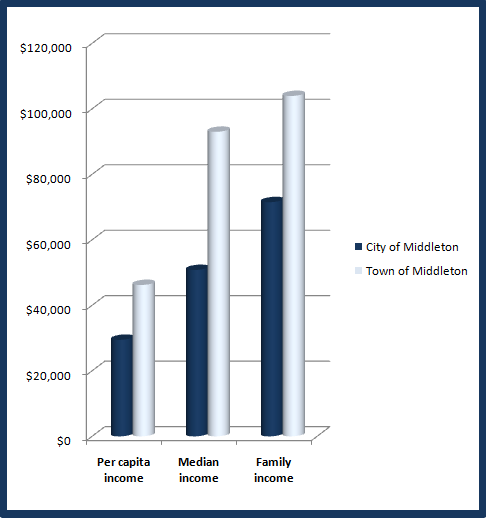 JoAnna and I distributed doorhangers in the Town of Middleton Monday evening, November 5.

Let's just say that the neighborhoods aren't compact.  Not walkable.

All I could think is, the Democrats must have a ton of volunteers in Dane County....and are feeling quite positive about Election Day!

(*More than once, JoAnna and I asked each other the question, "Who lives in these houses?"  Nevertheless, the majority of the Town's voters chose Obama.   I suggest that it's more than "77 square miles surrounded by reality".  It extends into Iowa County, for crying out loud.)