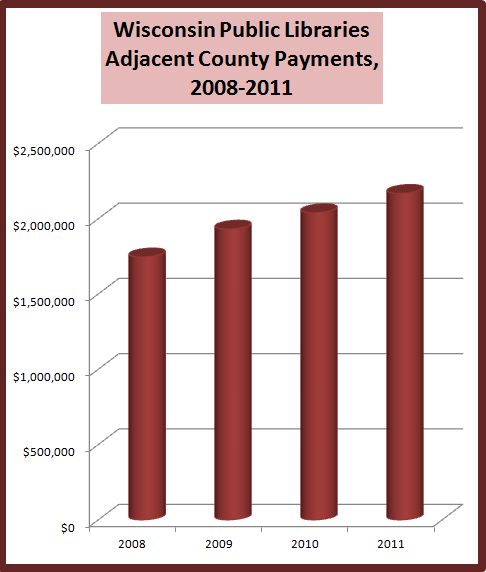 From the Wisconsin Department of Public Instruction Website:  Intro to FAQ About County Library Funding to Libraries in Adjacent Counties (Act 420)

In April, 2006 the legislature passed Senate Bill 272, which was signed into law as 2005 Act 420 by Governor Jim Doyle on May 19, 2006. A new provision of the law extends to adjacent counties the requirement that counties reimburse public libraries for the cost of serving county residents who live in areas of the county without public library service. Beginning in 2008, libraries in adjacent counties, both within and across system borders (but excluding Milwaukee County), may be reimbursed for library use by residents of each of those counties who do not maintain a public library.

As Tony Driessen might say after looking at the above column graph, "Let's 'drill down' to the local level."  (The right-hand column is the total amount each library received from adjacent county payments in 2011.) 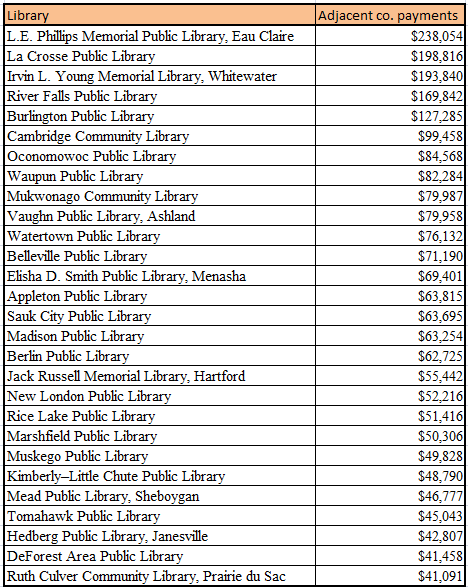 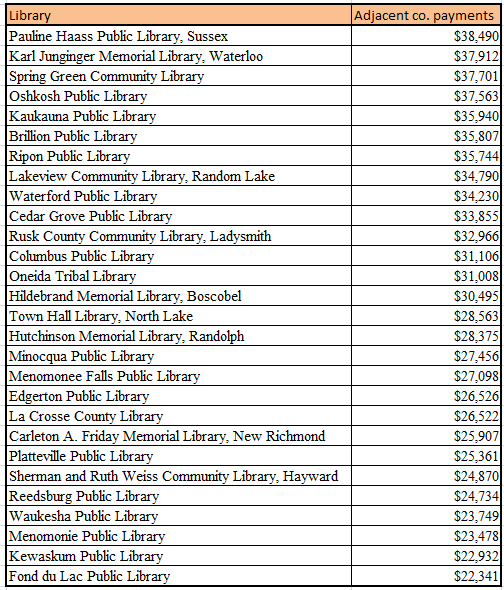 Or, perhaps more revealingly, let's take a look at those libraries where the adjacent county payments comprise a significant percentage of their overall income. 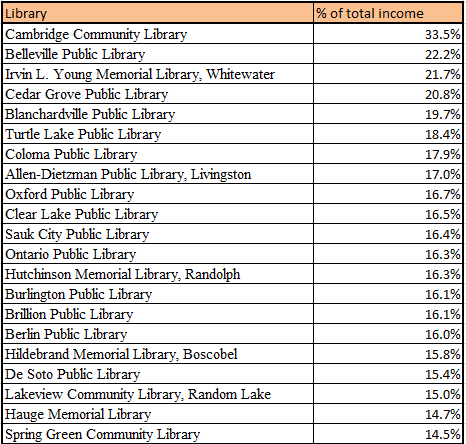 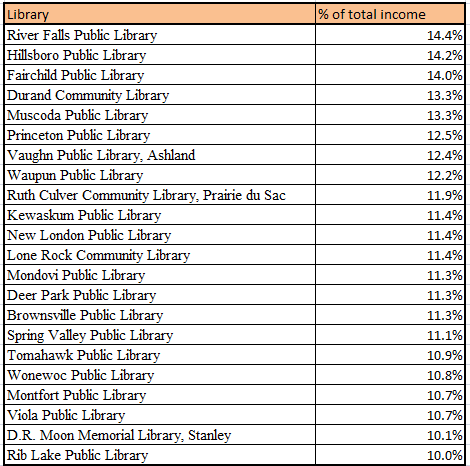 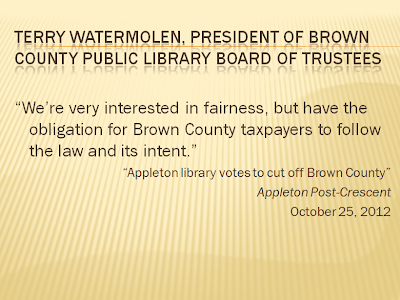 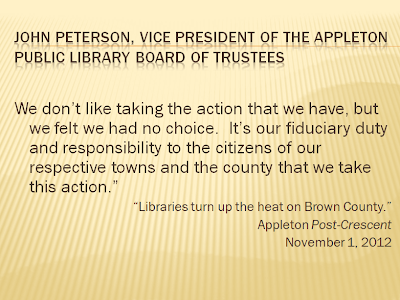 Some of these numbers are misleading because if a municipality is in more than one county it will receive reimbursements from multiple "home" counties under Act 150. These payments are listed on the annual report as coming from other counties but they shouldn't really be considered as coming from an adjacent county.
Mark Arend, Winnefox

I wondered about this myself, and should have raised this flag in the original post. (Which was originally part of a much longer one that I decided wasn't quite ready for prime time.)

As an example of what you point out, I'll mention Cambridge, a piece of which extends from Dane Co. into Jefferson Co. In 2007, Cambridge PL lists $69,021 in contract income, and $0 in 2011. I suspect -- hello, Joan, expect a call -- that the contract income was all/mostly from Jefferson County?

And then, when I start to add up the tally from other "border (straddling) towns" -- Watertown, Whitewater, Belleville, and Berlin are the ones I recognize at a glance -- I'm about ready to utter Emily Litella's tag line.

Yeah, it would be helpful to have the county revenue accounted for in the proper columns. (Contact income has an interesting numerical history of its own from 2008 to 2011.)