From Recall to Presidential Elections: What a Difference 5 Months Make 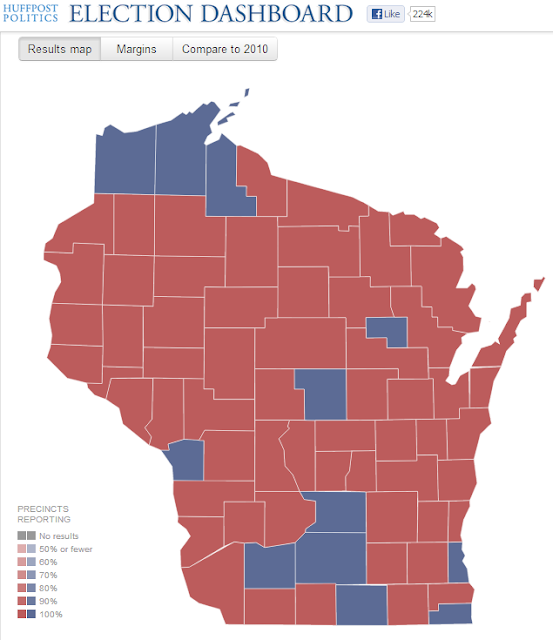 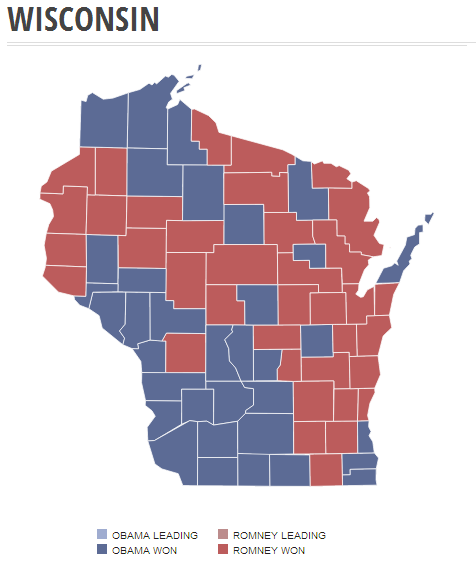 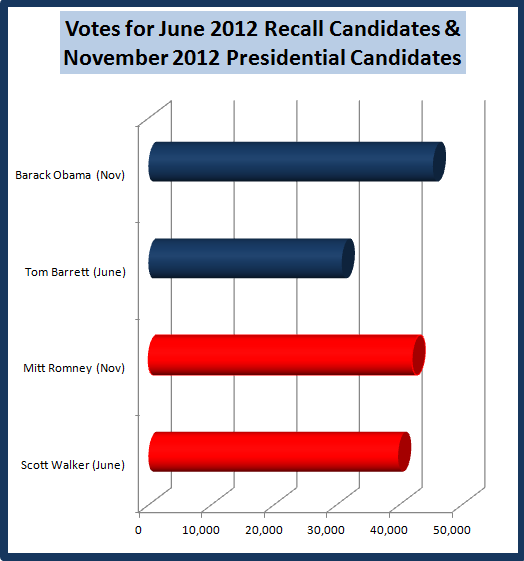 I don't think ALL of this gain is attributable to the student vote, and I'm willing to bet a Jansen's shrimp boil on this speculation. (Please speed read through the following. Irrefutable evidence to the contrary is required.  Only 1 dinner is being offered, though others are certainly welcome to join us.  Decision of the judge is final.)

Again, just speculating, but I think the top map offers evidence that the June election was not so much a referendum on Scott Walker but on the recall process itself.  (We can talk about this over shrimp, but you'll have to buy your own meal, though I might spring for a drink or two..)
Posted by Retiring Guy at 7:26 AM