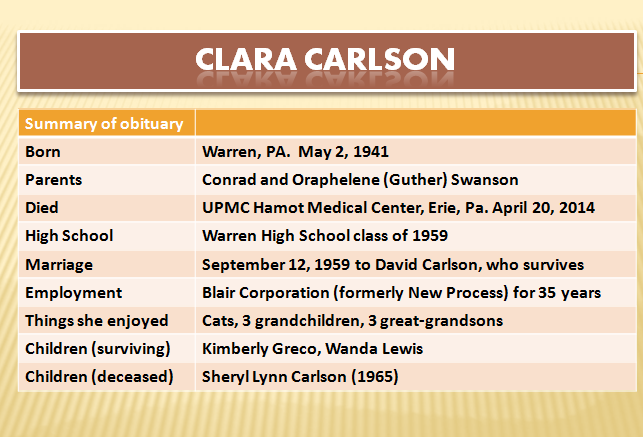 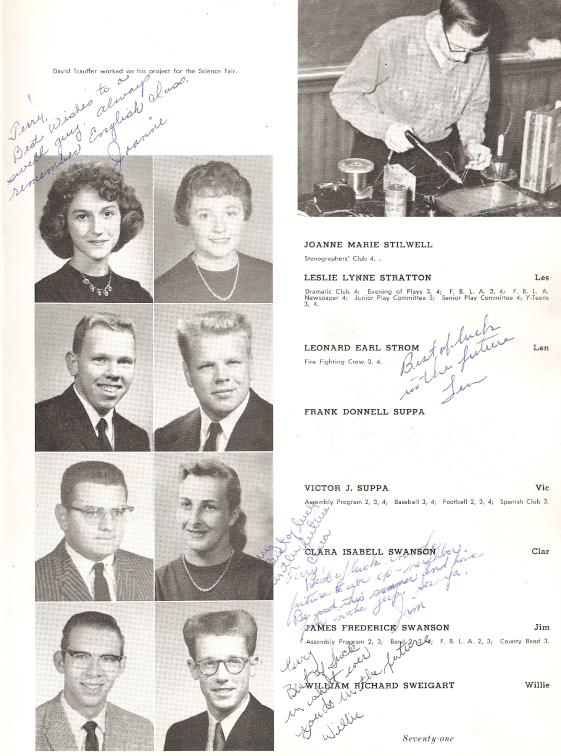 Clara spent 8 years in the top 10 during the last 2 decades of the 19th century.  She's now experiencing something of a comeback.  I would have guess Clara had fallen off the chart by the 1970s  Maybe it has everything to do with the mid-20th century membership of St. Paul's Lutheran Church, but it has always struck me as a decidedly old-fashioned name. 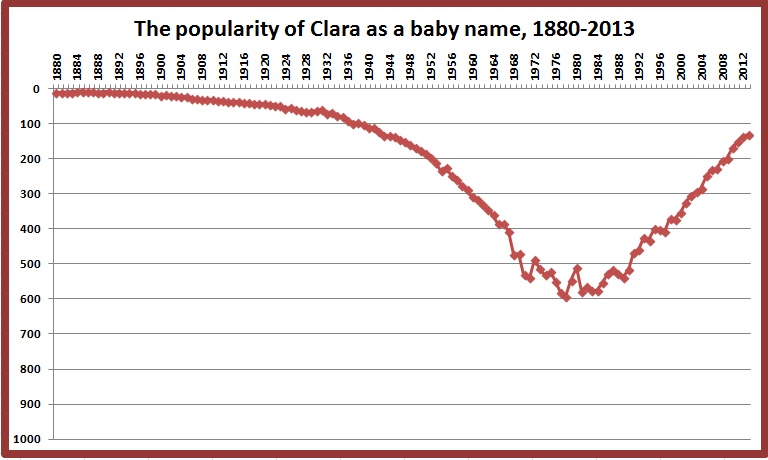 And not a hair of my flattop was out of place.