Gail Borden's "Board Member from Hell" in the News Again 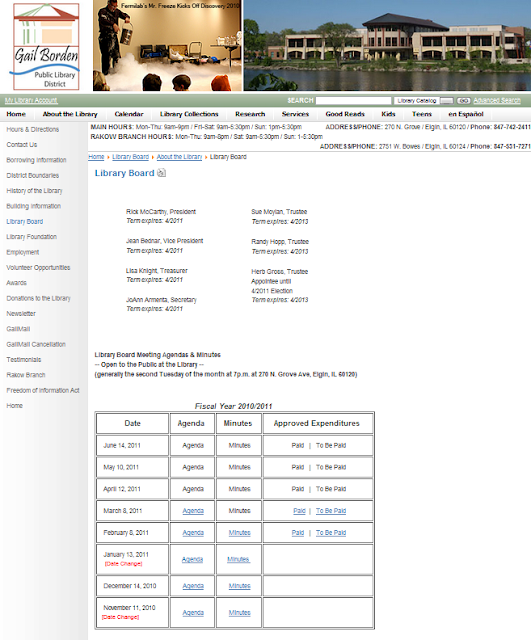 The Gail Borden Library trustee, who for three consecutive years has been banned from his own library, appeared in court Wednesday for a hearing on charges he punched his elderly parents during an argument last week.

And now he has been banned at another library — the one on the campus of Judson University.

“For the safety of our campus, they've decided to discontinue his access,” said Bethany Suckrow, social media manager for Judson's communications office.

Suckrow said campus safety made the decision to ban Hopp, who has been a patron of the library. She was not aware of any specific incidents on campus that preceded the ban but said in most cases, the university tries to keep access to its resources open.

“It is a permanent ban,” Suckrow said. “We don't plan on ever allowing him back on campus again.”