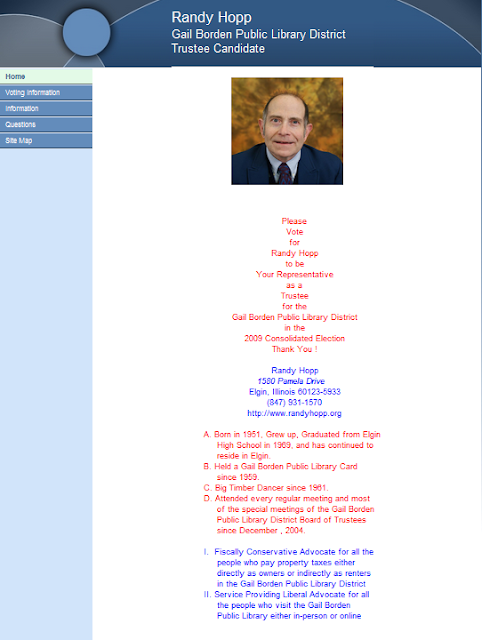 Excerpt: A Gail Borden Public Library trustee has been banned from Elgin Community College, the third Elgin institution to oust him in recent months — including the library.

Randy Hopp, 59, also is facing unrelated misdemeanor domestic battery charges, but thus far has not heeded calls for his resignation.

The trustee's ejection from Elgin Community College last month stemmed from a series of run-ins with campus police dating to February 2010, officials said. School officials have made note of him as a suspicious person in the library, caught him violating the college library's policies on free printing, and most recently found him in an empty dark classroom early one morning, according to Emad Eassa, chief of police at Elgin Community College.

"We can't continue to spend time over and over again with an individual who doesn't follow the rules and procedures of the college," Eassa said. 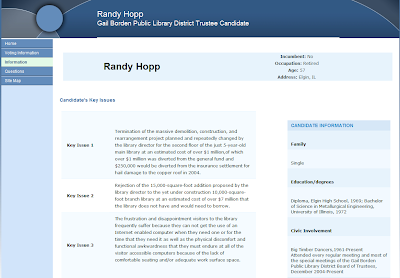 Apparently, there is no recall provision in Illinois library law for elected board members.