Let's go back to the question, "Does one have to win?" 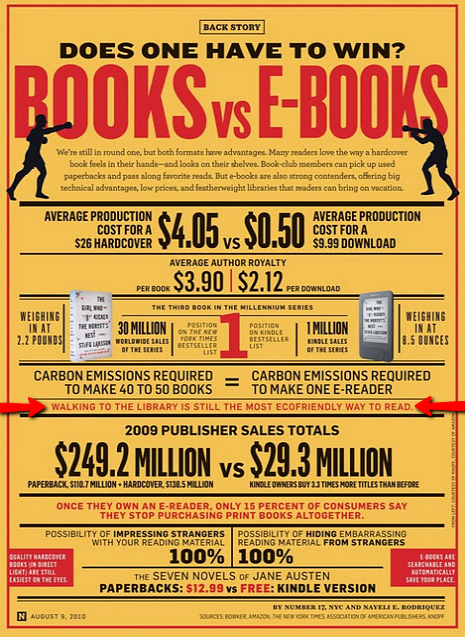 Here what's Ann Patchett has to say in response to Russo's query on Amazon's price-check app.

Excerpt:   As the owner of a new independent bookstore in Nashville, Ann may have more to lose than the rest of us, so I found her calm, resigned response particularly interesting. “There is no point in fighting them or explaining to them that we should be able to coexist civilly in the marketplace,” she wrote me. “I don’t think they care. I do think it’s worthwhile explaining to customers that the lowest price point does not always represent the best deal. If you like going to a bookstore then it’s up to you to support it. If you like seeing the people in your community employed, if you think your city needs a tax base, if you want to buy books from a person who reads, don’t use Amazon.”
Posted by Retiring Guy at 12:13 PM