The Pierce County Library Service Brings Its Operations to a Close

Pierce County is a member of the Indianhead Federated Library System. 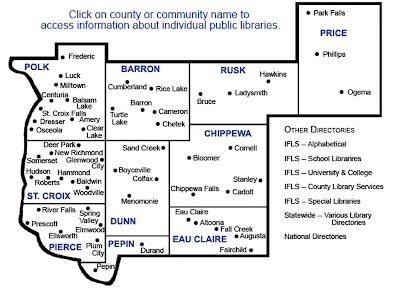 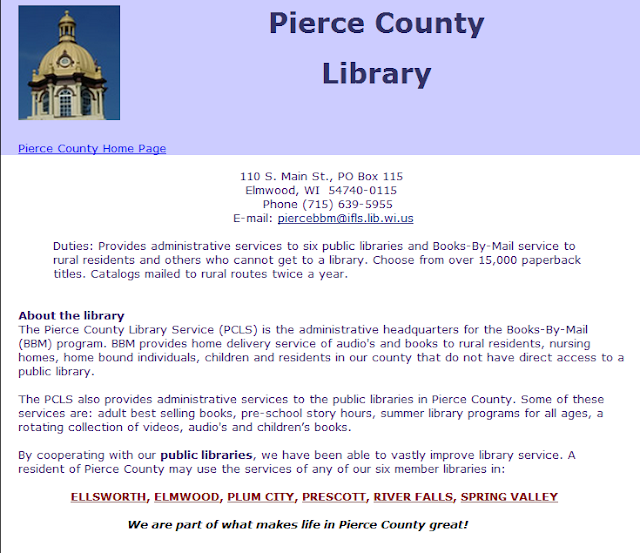 What is happening to the Pierce County Library Service?

It is closing its library in Elmwood (110 S. Main St.) and giving away its remaining books, audio tapes, CDs and other items for free Thursday (noon to 7 p.m.) and Friday (1 to 5 p.m.). The library stopped sending out books in October and is closing at the end of the year. It will save about $60,000 a year in salaries, postage and buying new books.

What is the history of the service?

Back in 1972, the county appointed a committee to study the feasibility of a county library because some rural areas were unserved. They established the county library and taxed just the rural people for the service, which provided them direct books by mail. Once they were paying a library tax, they were allowed to come into the public library.

I was hired in 1975 as the Pierce County librarian, and we sent out our first books in 1976. Everything was sent by mail.

Assistant Dawn Wood kept it open in 2010. It was voted to close it the first part of this year, but later decided to keep it open as long as money had been appropriated. After Dawn, a courthouse receptionist had been coming down once or twice a week this year until it closed.

Funding kept getting cut, and we stopped getting new books and stopped sending out catalogs the last couple of years. You lose people then.

We had narrowed our scope so much that we were serving only the homebound.

Looking at the first bar graph, I see quite a bump in circulation during the 1970s, which includes the first 5 years of the Pierce County Library Service's operation. 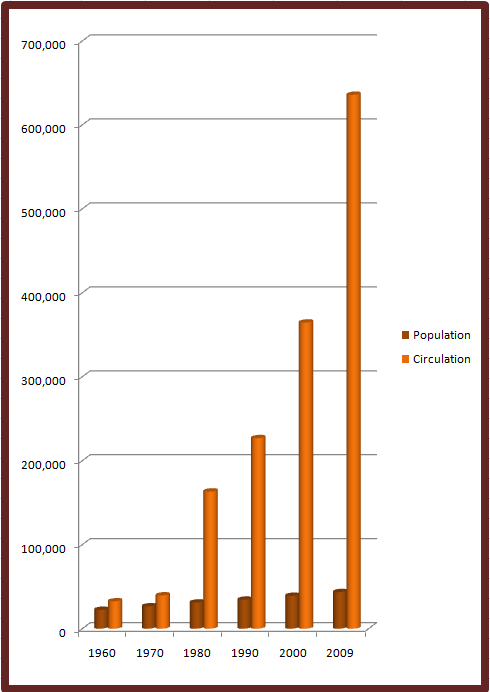 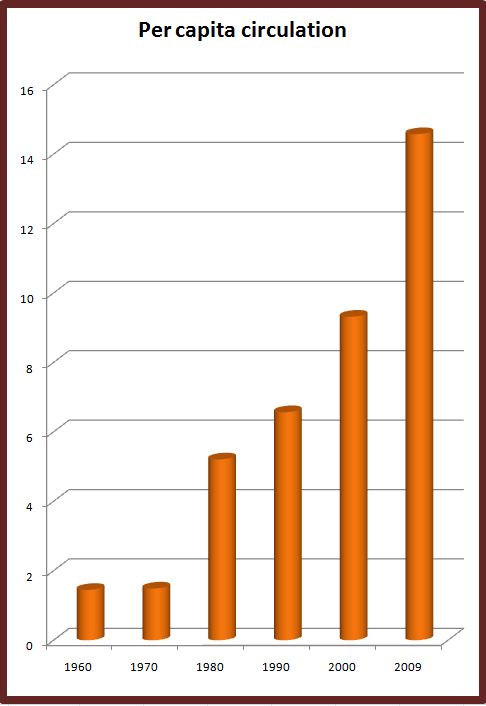