There's an app for that.

Excerpt: In one budget reform act, called Act 10, by the Wisconsin Legislature and Gov. Walker, our state moved from a budget deficit to a budget surplus, and collective bargaining laws were altered to allow local governments to control their budgets with no net job losses.

Excerpt: The Legislative Fiscal Bureau issued a memo last week that has generated some confusion about the state’s fiscal situation. The June 13 memo concluded that the recently approved 2011-13 budget bill puts Wisconsin in a position to have a surplus of $306 million in the 2013-15 biennium.

This post will explain that the preliminary LFB calculation (which may need to be adjusted slightly to reflect an amendment adopted last week) is not a surplus that will accrue in 2011-13 budget. The LFB projection that the state is in a position to be in the black in 2013-15 is good news, but there are a number of reasons why I think the $306 million figure creates an overly positive impression of the state’s fiscal condition. At the top of the list is that the LFB analysis assumes that the state estate tax would be restored in 2013 and will generate $219 million in 2013-15. That assumption is based on current federal law, but it’s a law that is virtually certain to be changed, and there is almost no chance the state will see that $219 million.  [Emphasis added.] 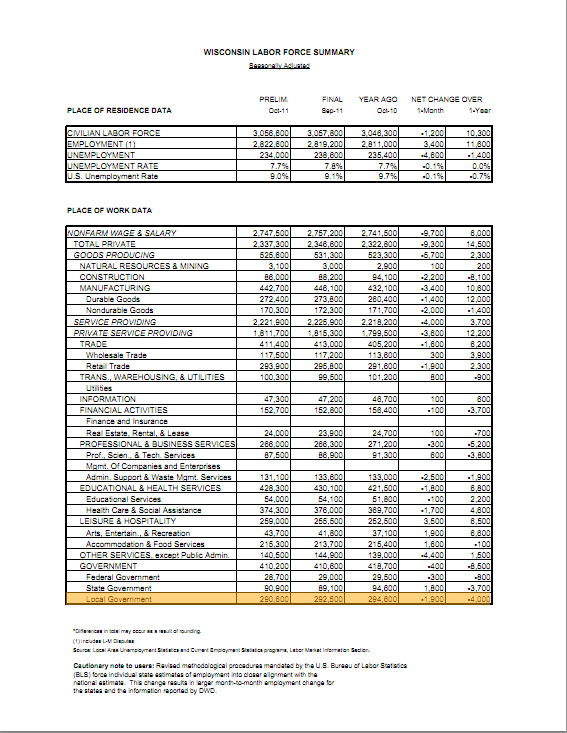 Which follows an even worse September report.