To his credit, Idaho Governor "Butch" Otto wasn't celebrating.  He left that to inside-the-Beltway conservatives. 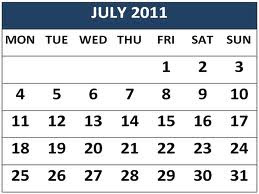 Excerpt:    Idaho ended the year with an $85 million surplus, the majority of which will be funneled to public schools and colleges, Gov. C.L. “Butch” Otter, a Republican, said in a statement last week.

Excerpt:     In advance of this news, Governor C.L. “Butch” Otter sent this letter to his Cabinet, warning any projected budget surplus isn’t likely.

“Unfortunately, actual revenues once again are significantly lower than projections. For November, collections were $5.4 million short of the projection, for a cumulative year-to-date shortfall of $16.2 million. In addition, even the lower-than-projected November figure was bolstered by one-time funds from the unclaimed property account. Without this unanticipated $5.8 million, the year-to-date shortfall would be about $22 million and all five categories of General Fund revenue would have been negative for the month.”
Posted by Retiring Guy at 7:20 AM