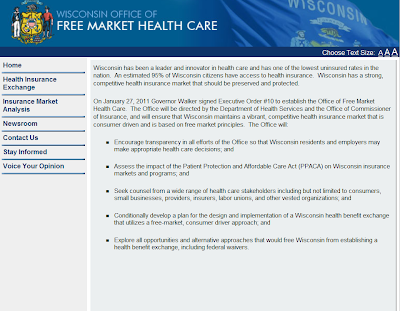 Excerpt: A key finding of the analysis -- that 340,000 uninsured people in Wisconsin will gain coverage by 2016 -- was not even mentioned in the press release issued by the state's Office of Free Market Health Care, the new department created by Walker to replace Doyle's Office of Health Care Reform, which had been formed barely a year earlier to carry out the federal Affordable Care Act.
Posted by Retiring Guy at 6:34 AM