Found at Crooks and Liars. 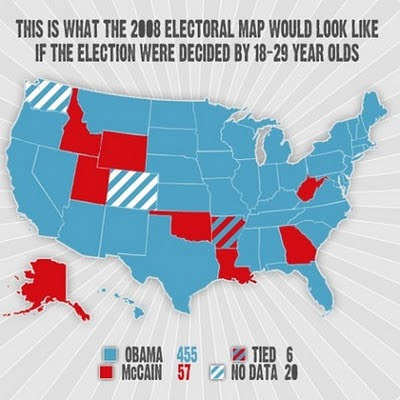 Young Voters in the 2008 Election.  (Pew Research Center, 11/12/2008)
Excerpt: This pattern of votes, along with other evidence about the political leanings of young voters, suggests that a significant generational shift in political allegiance is occurring. This pattern has been building for several years, and is underscored among voters this year.

But as shown in this graph from the the Center for Information & Research on Civic Learning and Engagement, there remains a significant turnout gap. 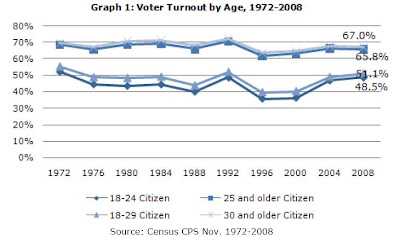