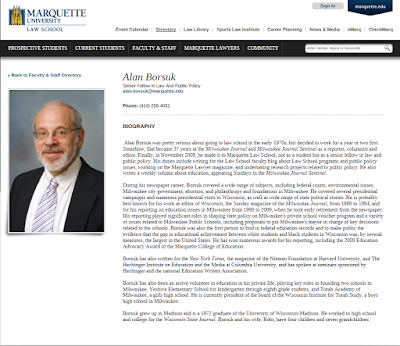 Excerpt:
DPI:    It appeared Walker wanted to strip the DPI of a lot of its role, either by eliminating things or turning things over to others. But the attack on unions carried costs for Walker, including declining polling results. There's only so much political capital that you can exhaust.

My reading is that the DPI was largely spared from attack by Walker's perceived need to ease up and look more moderate. In fact, it has come into a stronger position. Tony Evers, the state superintendent of public instruction, has been allied with WEAC, but there are areas such as improving teaching quality and state testing where Evers and Walker have common ground. Indeed, they have been working together of late. Evers and the DPI are now in better shape than they were in, say, February. Instead of being marginalized, they're part of the action, largely because Walker needs them.
Posted by Retiring Guy at 6:56 AM