Joe and Sue Paterno: "You can't have a great university without a great library" 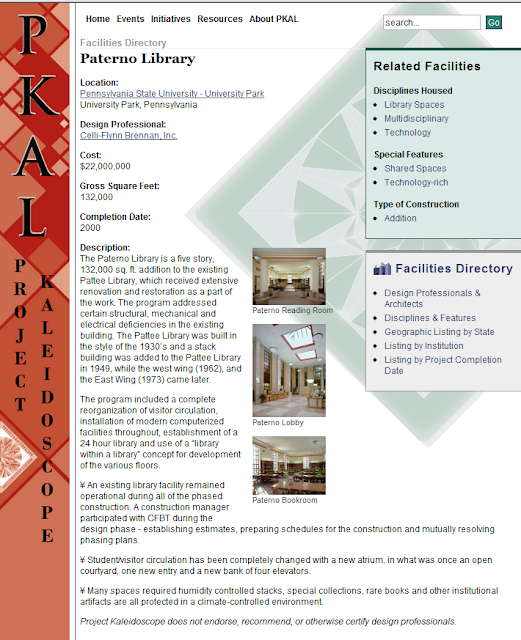 Excerpt: Nike, Inc., in honor of Penn State football coach Joe Paterno's 400th win this past season, has given $400,000 to Penn State's libraries.

"Joe and I have always said that you can't have a great university without a great library," said Sue Paterno in a university statement. “We are delighted that Nike, Inc. has acknowledged this milestone in Joe's career by supporting an institution so important to us.”

According to an AP article I read in the 1/31/2011 Idaho Statesman, [t]he Paternos have contributed more than $4 million to the school during JoePa's 45-year career, including aid for the libraries.
Posted by Retiring Guy at 8:46 PM