The Texas Curriculum Fight: From Science to Social Studies 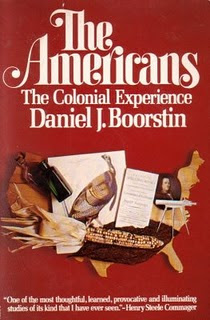 Excerpt from Sam Tanenhaus's analysis: In “The American Political Tradition,” published in 1948, the historian Richard Hofstadter suggested that the fad for popular history at the time was evidence of “national nostalgia” — an effort not to understand the past, but rather to evade the present. “This quest for the American past is carried on in a spirit of sentimental appreciation rather than of critical analysis,” he surmised.

As it happens, a good deal of contemporary popular history is more critical than in Mr. Hofstadter’s day. But it is presented through an ever-narrowing aperture.

The two books seem to have captured the spirit of the moment; both are on The New York Times best-seller list. Both are also, in effect, counternarratives. They seek not to revise but to displace more familiar histories and are utterly different in tone from older popular histories like the Daniel Boorstin trilogy “The Americans,” and William Manchester’s two-volume work, “The Glory and the Dream: A Narrative History of America.” Retiring Guy remembers the standard grade school, junior high, and high school American History curriculum (1955-1968) as a repetitive, reverent overview of "discovery", wars, and Presidents. And somehow we never made it into the 20th century. It wasn't until my senior year that I had the good fortune to take Michael Weber's "Problem of Democracy", a social studies elective -- which, of course, was always referred to as P.O.D. Mr. Weber covered the Vietnam War, the Six-Day's War in the Middle East, Russian and Chinese Communism with no preconceived notions or jingoistic flag-waving. He didn't just teach us about current and recent events in the world; he encouraged us to be independent in our thinking. In this age of teaching to the test, do public schools even offer this type of course anymore?

In 1976, I read Boorstin's The Americans trilogy: The Colonial Experience, The National Experience, The Democratic Experience. What an eye-opener. History could actually be interesting and readable; it could deal with social, economic, intellectual, and engineering issues -- not just the limited political and military aspects we were spoon-fed like so much good but distasteful medicine. For the next three years, I read nothing but American History, including every article in every issue of American Heritage, most of which I purchased at Johnson's Second-hand Bookstore in downtown Springfield, Massachusetts. 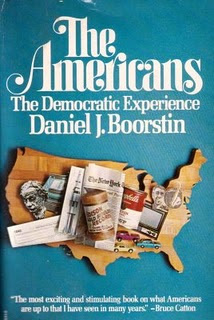 ...Really? This is still going on, in the 21st century?? Sorry, but I couldn't believe this until I saw it published several times. If you're wondering, the link above is simply for one of the more, say, bold, posts on the matter.