This Jackson Guy Takes Cleaning and Dusting to Extremes 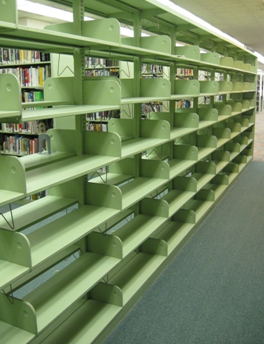 Excerpt: A Glen Ellyn man charged with stealing thousands of books, DVDs and other materials apparently was cleaning out the Lisle Public Library in more ways than one, authorities said Wednesday.

Lisle Watch Cmdr. Ron Wilke said the man, James F. Jackson, was part of an outside company’s custodial crew hired to clean the library after hours. Police believe Jackson stole many of the items when the facility was closed, allowing him to avoid security scanners.
Posted by Retiring Guy at 4:27 PM