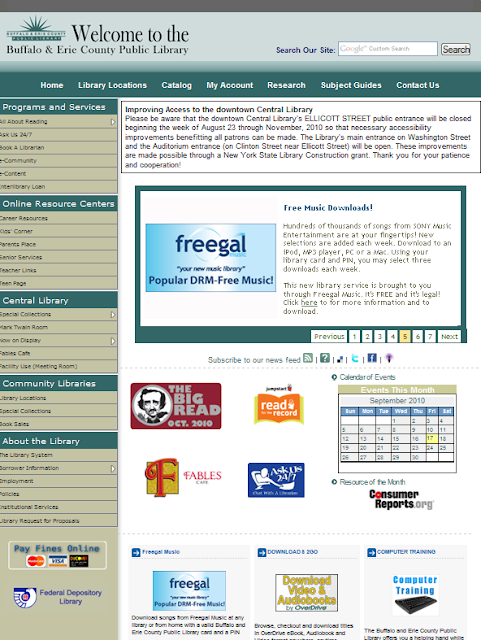 Excerpt: The Buffalo & Erie County Library system expects to cut more than 130 jobs during a reorganization process resulting from significant cuts in state and county funding.

Library executives and board members have spent the past month working with consultants on plans to deal with lost funding, the most recent including a 21 percent budge cut in 2011 from Erie County. In 2010, the library’s $27.5 million budget included $22.2 million from the county. Proposed cuts for 2011 will bring that number down to $17.4 million.

During a meeting with trustees that represent its contracting branch sites, Executive Director Bridget Quinn-Carey outlined a plan to scale back hours, staff and services at the majority of the system’s 37 branches, moving toward a hub and spoke system.

The library’s current staff includes about 1,000 people who collectively make up 450 full-time-equivalent (FTE) positions. Layoffs are expected to affect at least 130 FTE positions, or hundreds of part-time and full-time positions combined. The layoffs will be determined based on civil service seniority and union contracts.