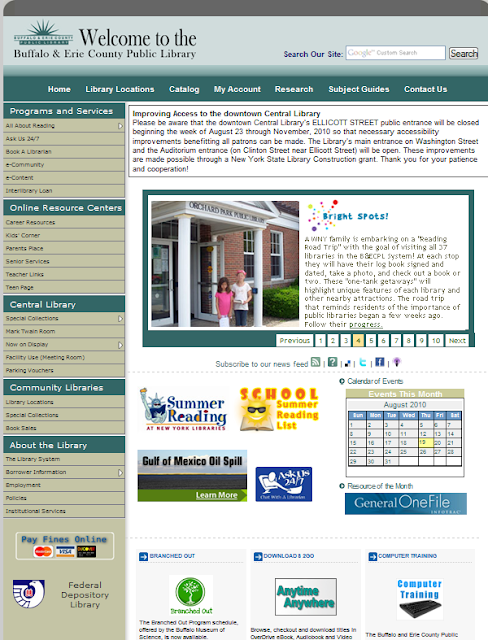 Excerpt: The Buffalo & Erie County Public Library could be forced to lay off workers, reduce hours and close branches to meet a $7 million shortfall in 2011, the board of trustees was told Wednesday.

Most of the shortfall comes from the county government’s announced reduction last month of $4.6 million, which would drop its current library commitment by 21 percent, from $22.1 million this year to $17.5 million in 2011.

Other funding gaps would bring the system’s total revenue deficit to nearly $7 million, or 25 percent of the $27.5 million budget for 2010, warned Bridget Quinn-Carey, the library’s director.