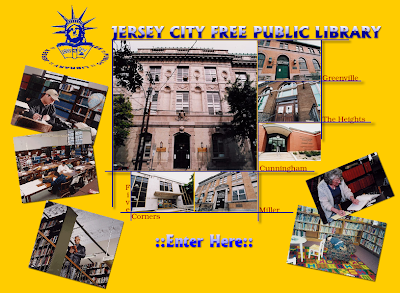 With a 17.5 percent cut in state aid and $1.7 million less from Jersey City this year, things are looking grim.

The library laid off 36 part-time staff and security guards, and closed two branches during the last budget cycle in an effort to curb costs. The main branch on Jersey Avenue reduced its extended night hours from five days to two. But more cuts lay ahead.

Gardner said city officials told her last week she will have $6 million to run the library's 10 branches. That's down from $7.7 million last year and far below the $8 million she requested.
Posted by Retiring Guy at 8:43 PM