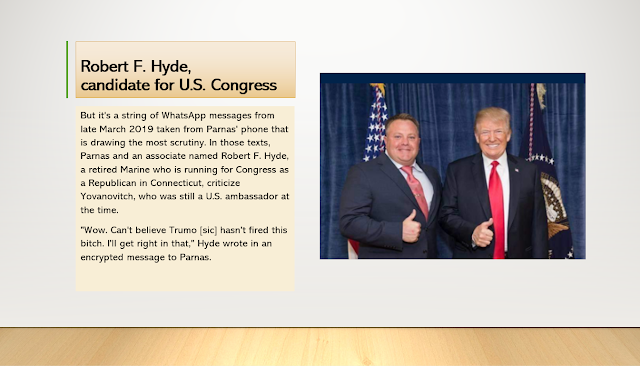 Reported in Lev Parnas Steps Back From Texts Alleging Surveillance Of U.S. Ambassador In Ukraine.  (NPR, 1/15/2020)


It was only the latest in a series of erratic episodes for Mr. Hyde, a 40-year-old former landscaper with a public relations company and a congressional campaign marked by inflammatory remarks. Last May, two months after the exchange with Mr. Parnas, the police responded to Mr. Trump’s Doral golf resort in Florida, where Mr. Hyde told officers that he feared a hit man was going to kill him, records show.


The record shows that Democrats have won this seat by an average of 9 percentage points since the 2012 election -- by double digits in 2016 and 2018. 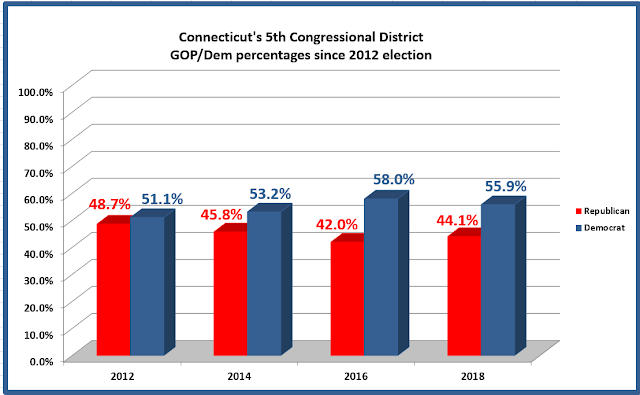 Source:  Ballotpedia
Posted by Retiring Guy at 8:14 AM