That law, enacted in 1977 and heavily enforced since around 2005, prohibits companies that operate in the United States from bribing foreign officials to obtain or retain business. It has become a major factor in corporate decision-making about operations abroad.

Mr. Trump said that it was “just so unfair that American companies aren’t allowed to pay bribes to get business overseas,” according to the book, “A Very Stable Genius,” by Philip Rucker and Carol D. Leonnig.

“I need you to get rid of that law,” Mr. Trump told Mr. Tillerson.


“The inspector general’s report now makes clear that the FBI launched an intrusive investigation of a US presidential campaign on the thinnest of suspicions that, in my view, were insufficient to justify the steps taken,” Barr, a close ally of President Trump who has begun his own re-investigation of the Russia inquiry, said in a statement. 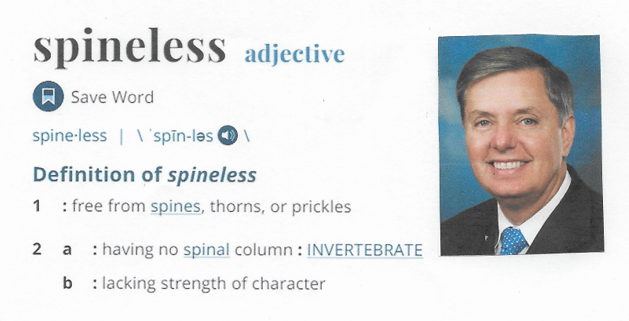 
In the space of a few weeks, Mr. Graham, who has long prided himself on being an institutionalist, has gone from expressing an open mind about impeachment to becoming a leader of the president’s counterattack. He has angrily denounced the House inquiry — “Salem witches got a better deal than this!” he tweeted on Wednesday — while generally acquiescing to calls from an outraged party base to mount a more vigorous defense of the president. Like Mr. Trump, he faces re-election next year. Sign Up for On Politics With Lisa Lerer A spotlight on the people reshaping our politics. A conversation with voters across the country. And a guiding hand through the endless news cycle, telling you what you really need to know.

What you way when you and your party are in deep shit.  “TV ratings are way down, way down,” Mr. Nunes, the ranking Republican on the House Intelligence Committee, declared — on live television — to a pair of witnesses seated before him in Congress. “Whatever drug deal the Democrats are cooking up from the dais, the American people aren’t buying it.” Mr. Nunes was wrong.

In fact, America’s impeachment drama, titled “Days of Our Impeachment” on a recent “Saturday Night Live,” is drawing “Monday Night Football”-level viewership. On some days, its ratings have topped popular procedurals like “NCIS.” 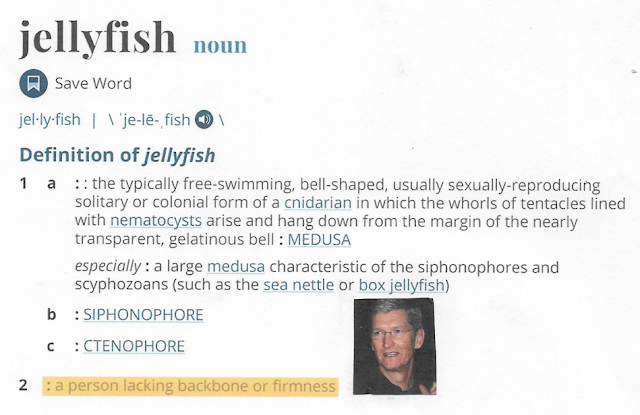 
Immediately after Mr. Trump’s comments, Mr. Cook thanked the president and his staff. “I’m grateful for their support in pulling today off and getting us to this far. It would not be possible without them,” he said. He did not correct the record. 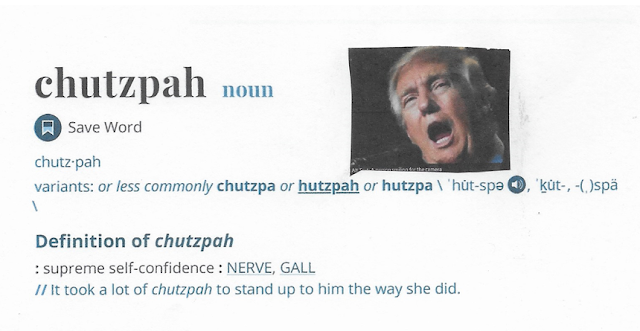 
It was a pretty typical publicity event, until the end. Mr. Trump walked in front of the news cameras and took credit for the plant, suggesting it had opened that day. “For me, this is a very special day,” he said. Mr. Cook stood next to him, stone-faced. The plant has been making Apple computers since 2013. 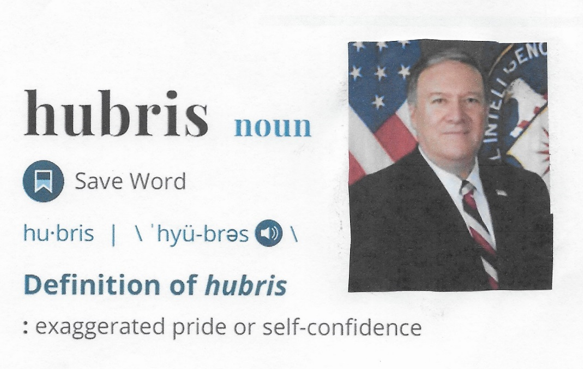 Entry for 'hubris' found at Merriam-Webster


Whatever Mr. Pompeo’s future plans, Mr. Trump’s secretary of state is now tied intimately to the Ukraine controversy. Even before Mr. Sondland’s testimony, Mr. Pompeo was rumored to be seeking an exit from the State Department, perhaps to run for a Senate seat in Kansas, his adopted home state, with an eye toward a presidential bid once Mr. Trump leaves the stage. Sign Up for On Politics With Lisa Lerer A spotlight on the people reshaping our politics. A conversation with voters across the country. And a guiding hand through the endless news cycle, telling you what you really need to know. 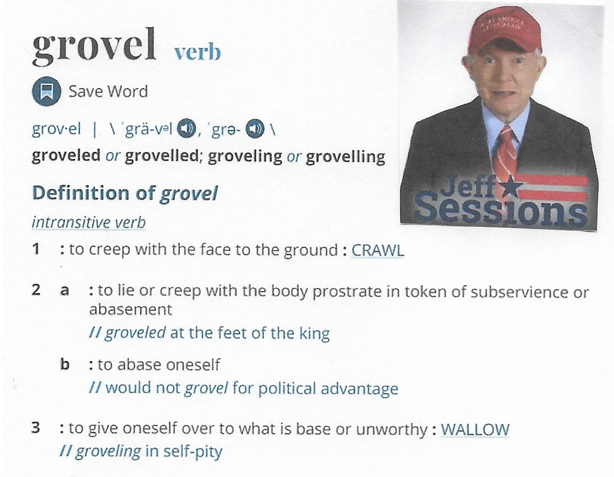 Entry for 'grovel' found at Merriam-Webster

Standing between Jeff Sessions and the Senate is a certain Donald Trump,  (Politico, 11/7/2019)


Sessions’ relationship with Trump deteriorated during his tenure as attorney general after Sessions recused himself from the Justice Department’s Russia investigation, and the president has continued to publicly criticize his former ally in the year since he departed the administration.

Now, Sessions — who announced his candidacy Thursday night in a news release posted on his website — faces the challenging task of winning back the president’s support or becoming one of the only Republicans in the past three years to win a GOP primary without Trump’s backing.


According to Merriam-Webster, the first known use of 'bootlick' occurred in 1845.