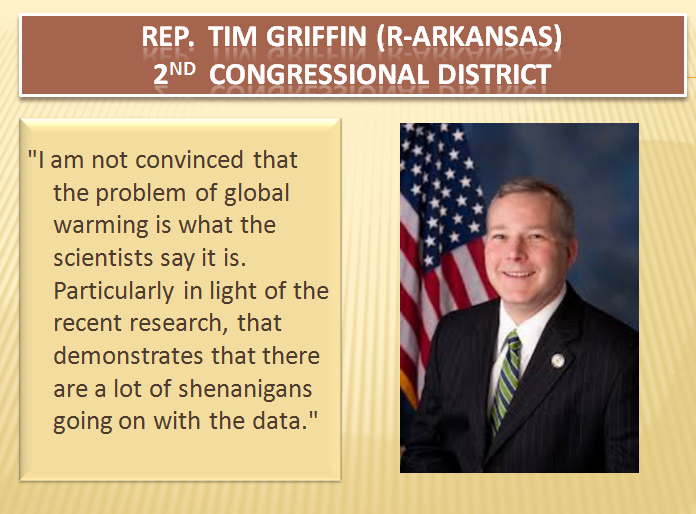 
It would be interesting to hear Rep. Griffin back up this assertion.  Nowadays, most Republican legislators claim not to be scientists -- although that hasn't stopped them from providing abundant advice on women's health issues.

Griffin won re-election to a 3rd term with 63.4% of the vote.   (Rode into Congress on the Tea Party wave, in other words.)