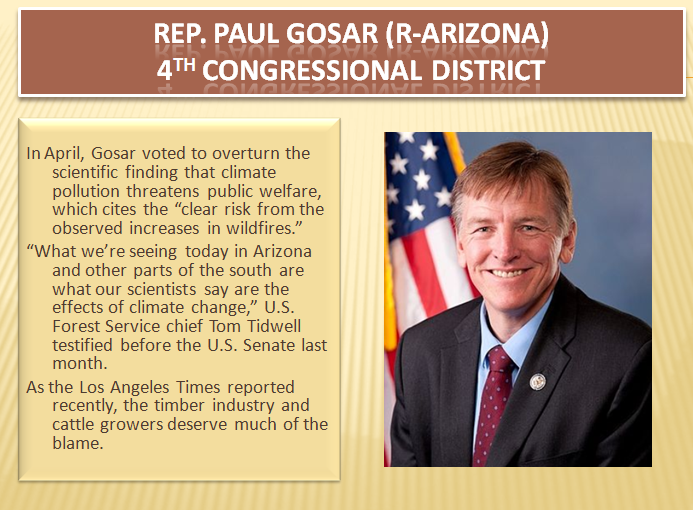 Gosar was an enthusiastic sponsor of H.R. 1526 (the disingenuously titled Restoring Healthy Forests for Healthy Communities), endorsed by the Public Lands Council (representing cattle and sheep producers), the National Cattlemen's Beef Association, and the Arizona Cattlemen's Association.  The bill was passed on a party-line vote by the House but died in the Senate after its introduction and referral.