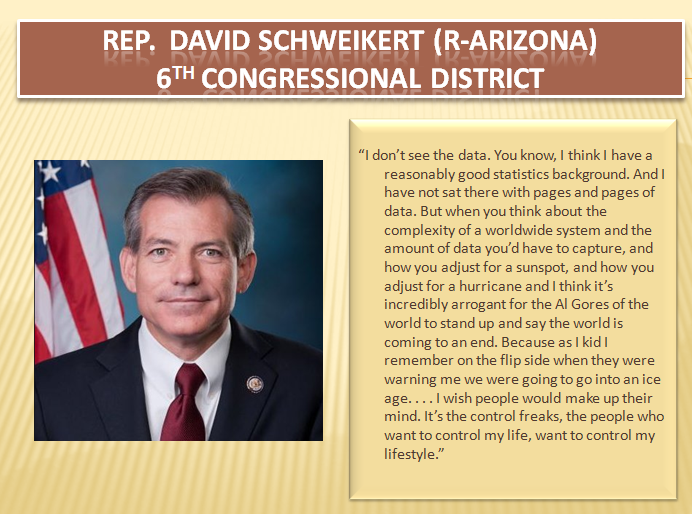 
Schweikert won re-election to a 3rd term with 65% of the vote.

A member of the House Committee on Science, Space and Technology, Schweikert currently chairs the Subcommittee on Environment.

Not a pretty picture.


The November midterm elections represent a major victory for the fossil fuel industry and a significant defeat for proponents of greenhouse gas reductions.