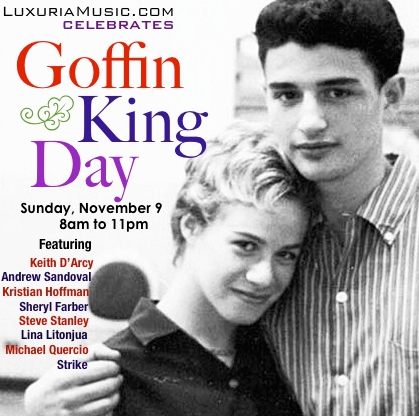 I especially liked a triple play of "Don't Forget About Me", described here in the order that they were played.

The version by the American Breed, best known for "Bend Me, Shape Me", appeared on their 1967 debut LP, which never made the Billboard's Top 200 albums chart.  The song was released as the A-side of a 45, but only managed to bubble under Billboard's Hot 100, reaching #107.  The YouTube description mistakenly ascribes a co-songwriting credit to Louise Goffin, Carole and Gerry's daughter, who was 5 years old when the song was written.

The version by Barbara Lewis ("Hello Stranger", "Baby I'm Yours") made a three-week appearance on the Billboard Hot 100 in early 1966, peaking at #91.

Dusty's take, which was her follow-up single to "Son of a Preacher Man", didn't fare so well, stalling out at #64 and spending just 6 weeks on Billboard's Hot 100.  Both songs appear on her critically acclaimed Dusty in Springfield LP.  Record buyers at the time, however, were less enthused.  The album peaked at #99 and spend a relatively brief 14 weeks on the Top 200 chart.

The Gerry Goffin and Carole King biography at the Rock and Roll Hall of Fame website.