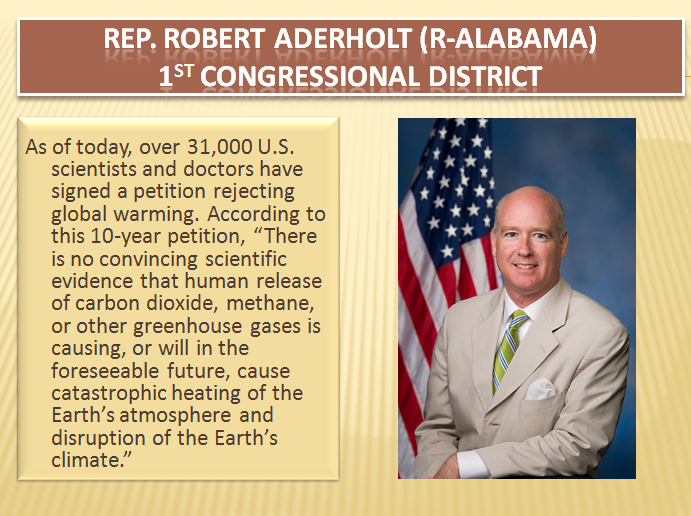 In fact, OISM signatories represent a tiny fraction (~0.3%) of all US science graduates (petition cards were only sent to individuals within the U.S).

According to figures from the US Department of Education Digest of Education Statistics: 2008, 10.6 million science graduates have gained qualifications consistent with the OISM polling criteria since the 1970-71 school year. 32,000 out of 10 million is not a very compelling figure, but a tiny minority - approximately 0.3 per cent.


"Scientists" is used very loosely, in other words.

Aderholt ran unopposed in his bid for a 10th term in the House.