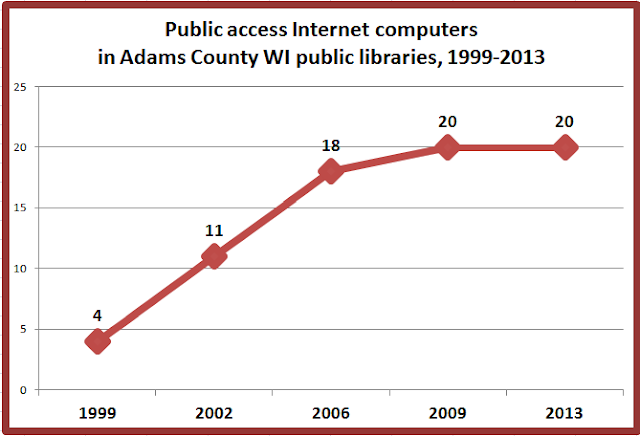 In 1999, public libraries reported the number of public access Internet computers for the first time in the annual report.

The pattern in the next line graph is what I was expecting here.  But as we will see, it is not a consistent one. 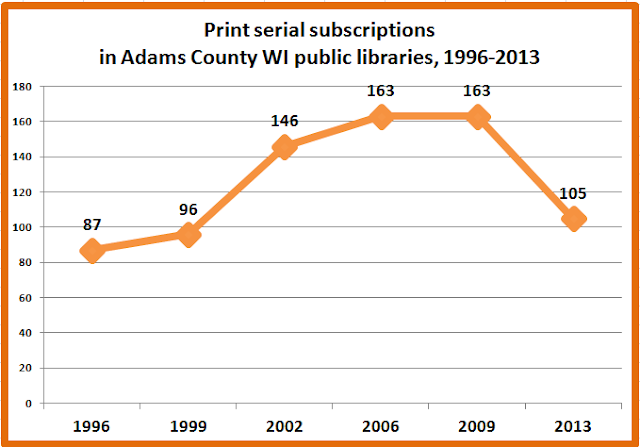 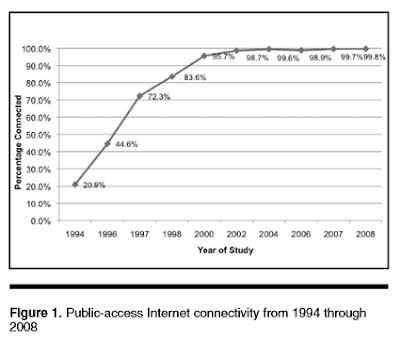