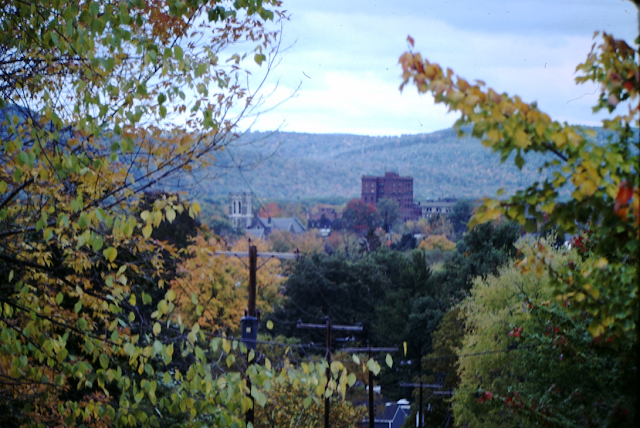 From the vantage point of the green arrow

At left-center in the above photo.  First United Methodist Church.  The building just right of center is ERIEBANK, although I'll always know it as the Pennsylvania Bank & Trust Building. 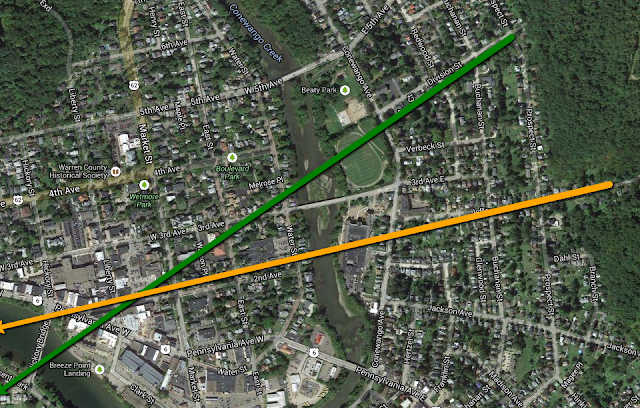 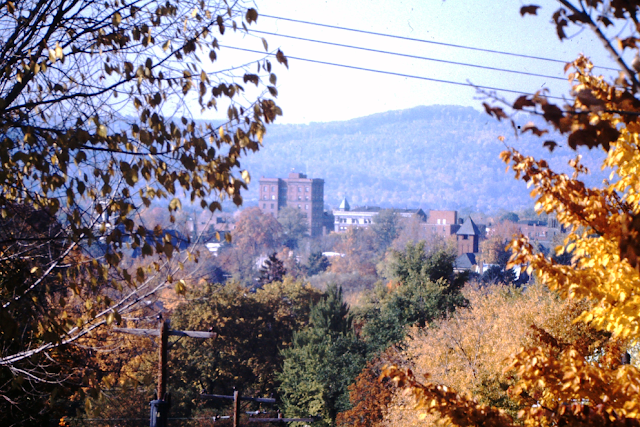 From the vantage point of the yellow arrow

The building in the above photo just to the right of the old Pa. Bank & Trust is the former Warren National Bank. now First Niagara.   Move your eyes to center-right and you'll see the tower of the former East Street Elementary School.  (Yes, "former" is a useful adjective when describing Warren landmarks.)

Closer to my subjects years later.
Posted by Retiring Guy at 2:46 PM